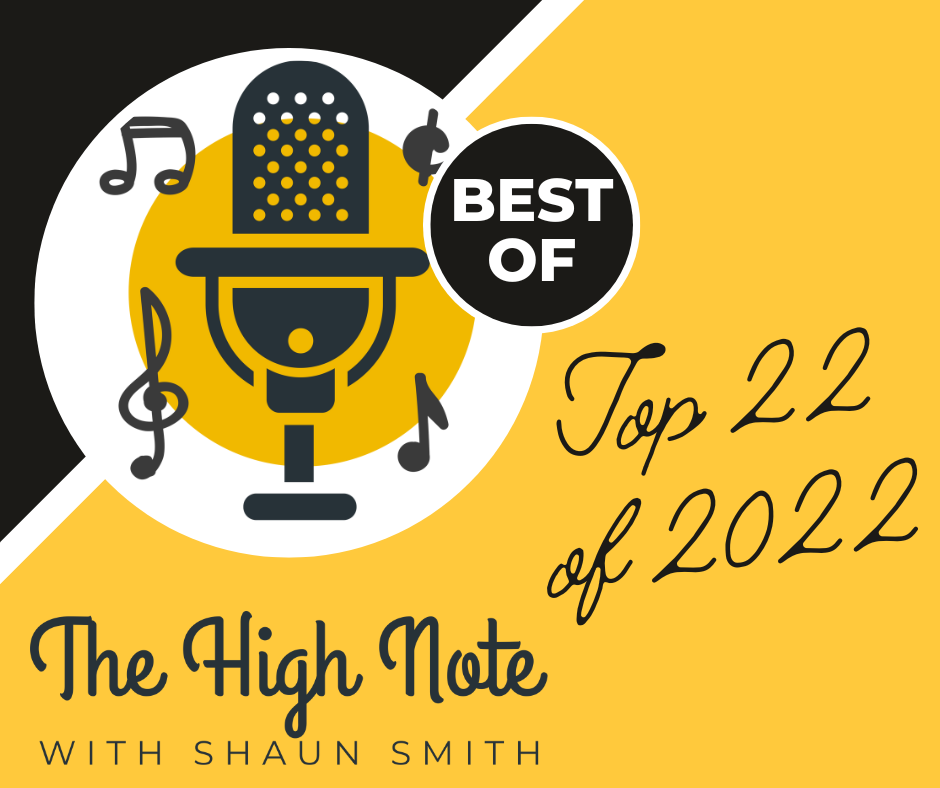 It’s the holiday season The High Note wouldn’t leave you for the year without this time-honored tradition of coming up with a list of my top albums from the year corresponding with the year.

This exercise was a lot cuter way back before 2020, but every year the list grows one album longer as we all grow one year older.

So, here they are – my top 22 albums of 2022 in no particular order. If you wade through you can tell which ones were within my top three and maybe I will revisit those at a later date.

But for now, and most likely for 2022, here are my favorite albums of the year. “Dawn FM,” the fifth album from Canadian singer-songwriter by Abel Makkonen Tesfaye better known as the Weeknd follows the trip that began in 2020 with “After Hours” and even features a cameo by Jim Carrey. Read my review. Janis Ian – The Light At The End Of The Line Groundbreaking folk singer-songwriter Janis Ian closing this chapter of her career with her final solo studio album “The Light At The End Of The Line.” Read my review. London soul singer-songwriter Samm Henshaw isn’t afraid to show how bright he can shine on his solo debut “Untidy Soul.” Read my review. I am always praising WRTI as the best jazz radio station in the country and I have to thank it for playing Delvon Lamarr Organ Trio. which is how I found out about the band’s third album “Cold As Weiss.” Read my review.

Philadelphia singer-songwriter and multi-instrumentalist Orion Sun creates a rhythm and blues retreat on her EP “Getaway.” Read my review. Sequels rarely live up to the expectations set by the original but “Texas Moon” the second collaboration between singer-songwriter Leon Bridges and the psychedelic trio Khruangbin makes me look forward to the third. Read my review.

My mother refers to disco as happy music and “Tomorrow’s Yesterday’s” by English singer-songwriter Little Boots is a heartfelt celebration of the genre. Read my review. If I had to pick one favorite album of the year, it might have to go to Molly Tuttle’s love letter to bluegrass with her band Golden Highway “Crooked Tree.” Read my review. There are few producers that I love more than Girl Talk solely because his style and his album “Night Ripper” completely captured a moment in time for me and he may have made his next milestone album with a collaboration between Wiz Khalifa, Big K.R.I.T. and Smoke DZA for the sixth Girl Talk album “Full Court Press.” Read my review. Alex The Astronaut – How To Grow A Sunflower Underwater Australian singer-songwriter Alex the Astronaut released one of the most angsty and uplifting albums that I have heard to mark her incredible sophomore release – “How to Grow a Sunflower Underwater.” Read my review. Folk and Americana singer-songwriter Madison Cunningham channels my favorite 90s female singers and completely won me over with her loose and rocking third album “Revealer.” Read my review. The Mumford and Sons lead singer has quite a story to tell and does it on his solo debut “Self-Titled” and pours his heart into the lyrics and the music throughout the album. Read my review. Following up on the success of putting Woody Guthrie’s lyrics to punk rock with “I’m Shipping Up to Boston,” Dropkick Murphy’s created the all-acoustic “This Machine Still Kills Fascists,” the first of two albums on the theme. Read my review.

Don’t miss – “Where Trouble Is At”

Plains – I Walked With You A Ways Katie Crutchfield of Waxahatchee and Jess Williamson combine their love of classic country on “I Walked With You A Ways,” the debut album of their new band Plains. Read my review. Rebecca and Megan Lovell show the power of sisterhood on “Blood Harmony,” the latest album from the roots rock band Larkin Poe. Read my review. Funky French pop rock band Phoenix combines all of the styles it has covered throughout its history on “Alpha Zulu.” Read my review.

Stormzy – This Is What I Mean British rapper Stormzy drops the grime for a more personal, rhythm and blues-centric sound on his third album, “This Is What I Mean.” Read my review. Every year there is at least one album that I want to review and don’t get a chance to and Brendan Benson‘s latest may still get its own blog here. The Raconteurs guitarist’s eighth album, “Low Key,” was released Dec. 2 and just missed the cut-off for this blog. What did you do this year? King Gizzard and the Lizard Wizard from Melbourne, Victoria, Australia released five albums this year – my favorite of which was “Omnium Gatherum.” Read my review.

Belle and Sebastian – A Bit of Previous Don’t miss – “If They’re Shooting At You”

So that’s it, that just about sum’s it up for The High Note for 2022. Let me know what you loved this year in the comments below and remember to connect with me on social media and subscribe to the podcast and newsletter – links in the sidebar for those.