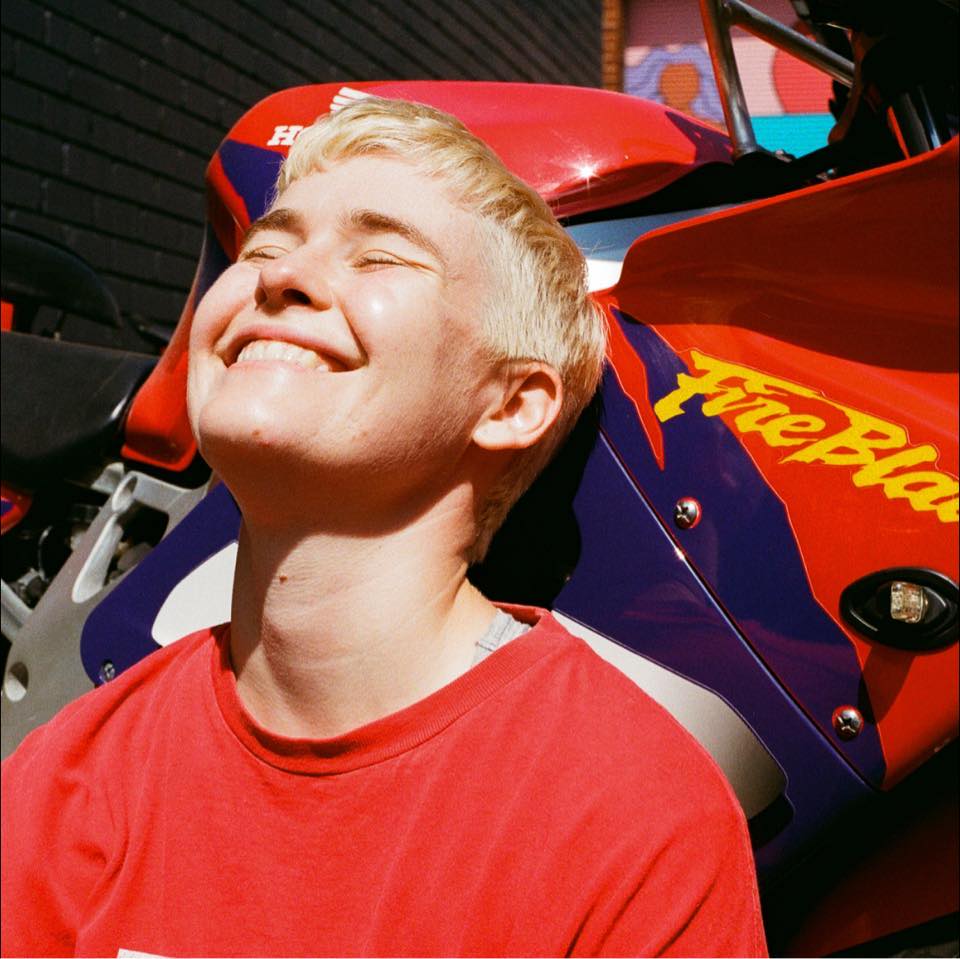 “How To Grow A Sunflower Underwater,” the latest album from Australian singer-songwriter Alex the Astronaut hits like a wave.

The energy from the opening track “Growing Up” comes on slowly. It begins with feedback from an electric guitar and before diving into the angsty world of “How to Grow a Sunflower Underwater,” the sophomore release by Alex the Astronaut released Friday, July 22, 2022 via her own Minkowski Records.

The 27-year-old folk singer born Alexandra Lynn has an intoxicating way of combining her guitar with surrealistic lyrics to comment on her everyday struggles. She released her debut “The Theory of Absolutely Nothing” in 2020.

There are plenty of references to water that are sprinkled throughout the tracks. On the second track, “Haunted” she sings:

“I’ve been swimming underwater at the beach
When I open my eyes you should see the fish that I see
And the colours help me
And going to therapy
But when I leave I forget where I’ve been.”

On the spacey-pop happy “Octopus” she uses the cephalopod as a metaphor for her diagnosis of Autism Spectrum Disorder and Post Traumatic Stress Disorder. On the track, she admits that “I need a little help with things I didn’t notice, and sometimes you might see some things I don’t.”

However, I think the song also helps her process the gift she has:

“I think I’m like an octopus sometimes
Trying so hard to blend in
I forgot that I have something I could give.”

While name-checking Albert Einstein and his mustachioed teacher Hermann Minkowski better known for the theory of relativity in her record label, Alex has plenty of deep lyrics that blend science with fantasy.

However, some of my favorite moments on the album are when she acknowledges her own humanity. On the soaring snowball of emotion, “Airport,” Alex admits when the radio turns on in the car, “And the song that played was Phoebe Bridgers, I turned it off ‘cause I was jealous I didn’t make it.”

I feel like I am listening to songs about myself when listening to the tracks on “How To Grow A Sunflower Underwater.” I also have tried chamomile tea, meditation, breathing techniques and staying off my phone, but it isn’t as effective as hearing Alex the Astronaut.

As Alex asked on the opening track, “Is This Growing Up,” she processes the emotions of a 20-something; losing a loved one on “Sick” meeting someone they love after a long time apart, and processing the memories of “South London” even though she only lived there briefly as a child.

The ballad “Ride My Bike” is one of the more introspective tracks on the album. She pours her honesty into the chorus that is punctuated by symphonic strings:

“But I wanna be a bright light
I wanna know the right thing to say at the right time
I wanna fly so high
But I can’t find you.”

Throughout the album she is transparent about her struggles and toward the end of the record, there is more of a resolve. She is looking forward to what she will see next on “Northern Lights“:

“Bye bye and by next July
My therapist will say I’m fine
I’ll go see the Northern Lights.”

The album closes with the hopeful and honest “Haircut.” She sings right away that “‘Cause since I cut my hair I’ve been feeling so much better.” However, on the bridge she is still carrying around the weight from past traumas:

“And is there a place for me with streets
Have you seen a place for me?
I’m better but I don’t always feel safe
I’m trying really hard to be brave.”

She finishes by putting out one positive last line for her audience: “Everybody loves you.”

Alex the Astronaut finds the courage to face the world on “How to Grow a Sunflower Underwater.” Whether you are “Growing Up” or “Slipping through the side streets, sweating up the hills” the latest album by Alex the Astronaut is the perfect fuel for summer thrills.

Get “How To Grow A Sunflower Underwater” from Amazon, Apple Music, YouTube Music, Spotify, Tidal, Deezer and Pandora.