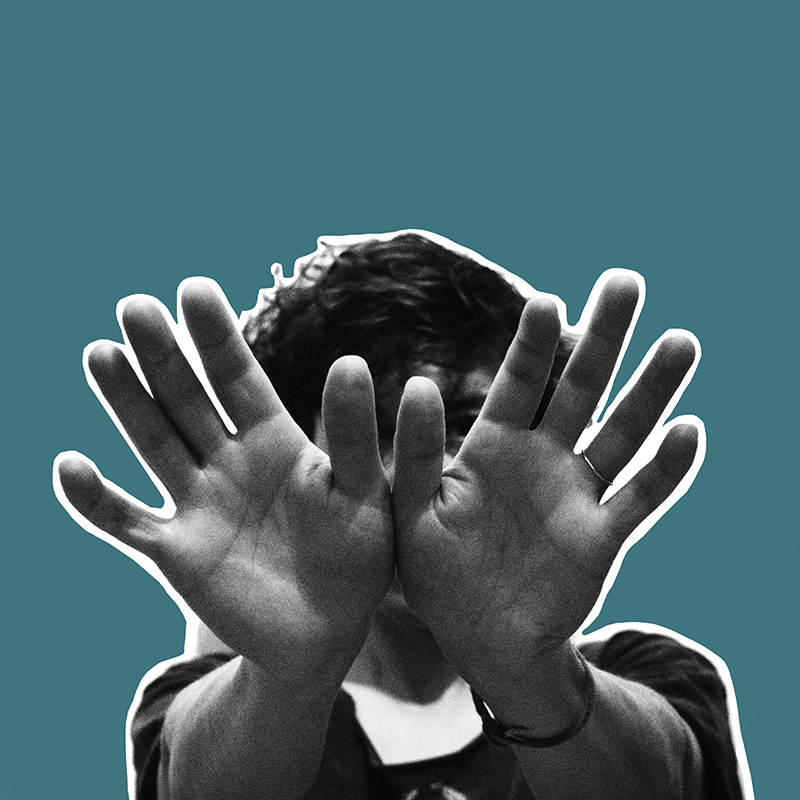 You can hear how guilty Merrill Garbus feels singing some of the lyrics on the latest Tune-Yards album. Released Friday, Jan. 19 on 4AD records, “I can feel you creep into my private life” has deeper beats and subjects than any previous album by the band.

While it’s the first album that was co-written and produced by bassist Nate Brenner, the creative direction is still led by Garbus. She is the multi-instrumentalist, singer and songwriter who released the home-recorded debut Tune-Yards album, “Bird-Brains” in 2009.

Everything sounds like it is working in harmony on throughout the 12 tracks and 42 minutes, 12 seconds of “I can feel you creep into my private life.” On the album, the duo successfully pulls apart the layers of intricate dancehall grooves and some fragile subjects of American politics.

Without knowing any of the backstory, the first notable aspect is that this album has the best production of any Tune-Yards release to date. The duo recorded the album at John Vanderslice’s Tiny Telephone Oakland in Oakland, California and it was mastered by Dave Kutch in Harlem, New York.

“I can feel you creep into my private life” masters the combination of danceable and unconventional rhythms made with a do-it-yourself ingenuity with the genuine songwriting that made me a fan of the band’s 2011 release “Whokill.”

Beginning with a smooth looped-piano rhythm on “Heart Attack,” the song starts to pick away at the internal conflict that drives the energy of the entire album. It stands out amongst the dozen songs for its heavy drums that power a sweet, pop-inspired hook.

Garbus is a master at owning the quiet folk-like moments where she solos a line. It is now a classic Tune-Yards sound and there is no more perfect example than on “Coast to Coast.” She pulls you into the song when she sings “See you in the middle, When the walls come tumbling down to the sea.” On that track, you can also hear the familiar sound of the ukulele, an instrument that was dropped in favor of more heavy bass and rhythm and blues on 2014’s “Nikki Nack.”

Garbus and Brenner incorporate an element of folk storytelling in their songs to make large, worldly concepts seem so simple. “ABC 123” is a great example of how big ideas are boiled down to catchy hooks. The song marches forward with a bright melody and strong bass rhythm.

“I called you up because we had a great connection
You couldn’t hear me ‘cause of NSA protection
But we’ll unite before the very next election
No abstentions, vote the ABCs!”
-Tune-Yards – “ABC 123”

Is “I can feel you creep into my private life” a political album? There is a lot on this album that represents a west coast woke mentality. It’s incredibly timely in its subjects, for example when Garbus highlights her feminist values on the opening lines of “Now As Then.”

“Not enough, too much
Tell me I’m special
They might look like me but they don’t know
Man, I wanna take you home.”
-Tune-Yards – “Now As Then.”

While I can hear how guilty and uncomfortable she sounds singing these words and a lot of the cringe-worthy moments make the best art. Much has been written about how Garbus’ writing on this album was heavily influenced by a six-month course entitled “White and Awakening on Race” at the East Bay Meditation Center in Oakland. The album also took a lot of cues Garbus picked up as while performing as a DJ in Oakland, as well.

As someone who originally grew up on the east coast in New York City and Connecticut and now lives in Oakland, Garbus bridges the gap between the coasts with her style. She even references it on “Coast to Coast.” This album balances a lot of that garage rock, do-it-yourself mentality with a west coast holistic mentality.

The most talked-about track on this album, “Colonizer,” could also be titled confessional of a white woman living in California. The reason it’s talked about so much is that she does create new opportunities for conversations about race through the combination of poignant lyrics and African musical elements presented in a pop package.

The shape of Tune-Yards does morph to create the best vehicle to drive the subjects on “I can feel you creep into my private life.” There are undercurrents of folk influences that serve as leaping off points for the loops and beats and moments that explode with indie rock and avant-garde electronic experimentation.

This album succeeds in breaking down a lot of musical stereotypes. “Look at Your Hands” has a perfect upbeat 80s drum and synth-laden melody. For an album that covers a lot of deep subjects, it has a lot of happy melodies.

There are some nice slow moments on this album that were surprising since the album is so heavily influenced by pop and disco. I especially love the heavy feeling that comes on the groovy track “Home.” From the opening bass line, it pulls the listener into a killer song that blends classic rock ‘n’ roll melodies with R&B rhythms.

The success of ” I can feel you creep into my private life” comes from blending all those international influences into something that is enjoyable and innovative. The song “Hammer” really hits the perfect balance for me. It touches on some social commentary while also unfolding itself around fuzzy bass lines to create my favorite melody on the album.

This is definitely a record that should be taken as a total package because of how it is mixed and the pacing of the songs. There is a great moment when the tempo goes way down and the bass goes way up on “Who Are You.” Then, you get hit with a wailing 80s sax solo. Earlier in the album, that horn just wouldn’t work, but on the 10th track, it is perfectly placed.

Beginning with “Private Life,” the album picks up on that fun and quirky melody that blends with an afro-centric beat. It’s got another simple concept that Garbus sings with tongue firmly planted in cheek: “If music kills, then what will the good folks do?”

Given all the heavy shit that “I can feel you creep into my private life” puts the listener through, it ends with the aptly-titled track “Free.” It’s as if after getting it all out in the open, the Tune-Yards are rediscovering a world that unrestrained.

By achieving that freedom, we can approach the subjects on this album with honesty. If you listen carefully, A few moments after the song “Free” ends, you will hear a demo recording of Garbus introducing the first track, “Heart Attack.”

See Tune-Yards Friday, March 9 at Brooklyn Steel in Brooklyn, New York; Thursday, May 10 at Union Transfer in Philadelphia, Pennsylvania; Friday, May 11 at Mr. Smalls Theatre in Millvale, Pennsylvania, and Monday, May 21 at the 9:30 Club in Washington, D.C.

Get “I can feel you creep into my private life” from Tune-Yards, 4AD, Amazon, Apple Music, iTunes, Google Play, Spotify, Tidal and Deezer.