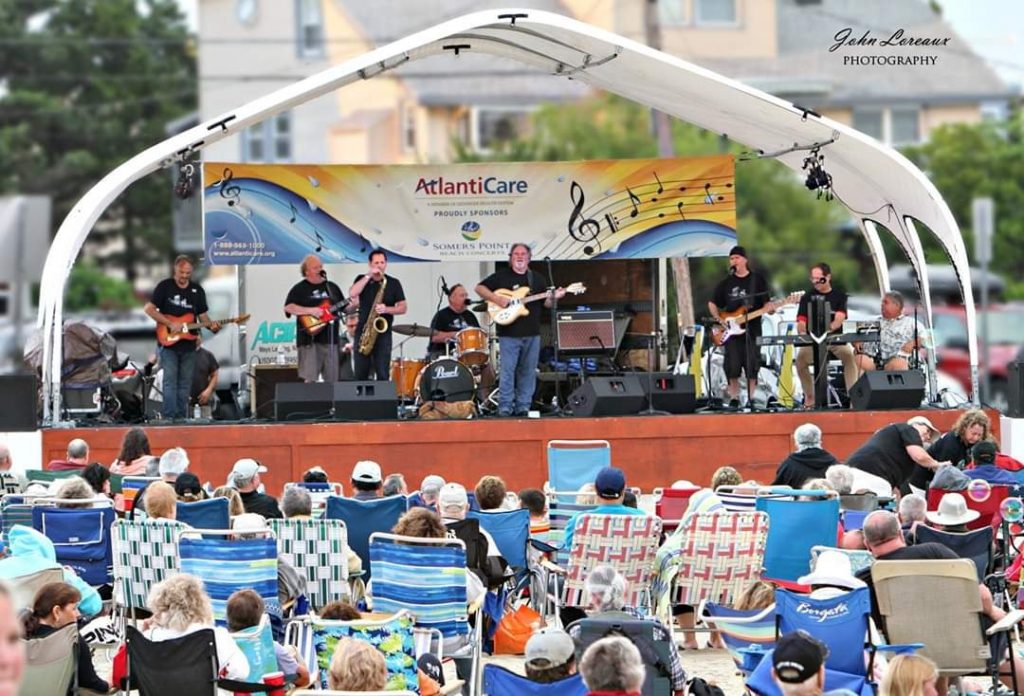 The summer weather combined with the beaches in South Jersey provides an excellent venue for live music.

From its history as being a pinnacle for entertainment from The Beatles to Frank Sinatra, Atlantic City, New Jersey still ranks among the best places to see live music in America.

Here, I’ll round up some of my most-anticipated events throughout the summer in South Jersey and I’ll do my best to keep the list updated. Remember, for most of these free concerts you’re going to want to bring a beach chair or blanket. The popular jam band will return to Atlantic City for three nights of beach concerts Aug. 5-7, 2022. Tickets are on sale now. Check out my review of last year’s show. Beginning June 29, Mardi Gras is coming to the Boardwalk with free concerts at Kennedy Plaza kick off 7-10 p.m. every Wednesday directly in front of Boardwalk Hall on the Boardwalk. Bring your own beach chair and dancing shoes. See TonyMart.com for information. Rock fans will want to mark down on Sept. 24 on their calendar for Fantic City at the Orange Loop Amphitheater on New York Avenue in Atlantic City hosted by Fred Armisen and featuring Yo La Tengo, Car Seat Headrest, Snail Mail, the Raveonettes, Superchunk, Protomartyr and more. See franticcitynj.com.

Just down the boardwalk from Atlantic City, Ventnor City hosts its Summer Beach Jam series at 6 p.m. on Saturdays at Newport Avenue. Vendors open at 5 p.m. See Facebook for details The city also hosts its Sunsets at Ski Beach, 6 p.m. Wednesdays located at Dorset and Burk avenues with vendors opening at 5 p.m. Keeping with its own rich musical tradition, Somers Point brings some legendary musicians to its own beach.

Country at The Point

Country music 6-10 p.m. Thursdays at The Point, located at Gull and Bay avenues in Somers Point. See TonyMart.com for information.

Across the bridge from Somers Point is home one of the most unique music venues around – The Ocean City Music Pier, which kicked off its summer concert series on May 5 with Janis Ian. See ticketmaster for tickets or contact BRE Presents at info@brepresents.com or call 856-429-6100. Concerts begin at 7 p.m. See ocnj.us/SummerConcertSeries for information.

Monday, June 20 – It Was 50 Years Ago Today, A Tribute TO The Beatles featuring Todd Rundgren, Christopher Cross, Jason Scheff (Chicago), Joey Molland (Badfinger) and Denny Laine (Moody Blues and Wings) performing their own hits and “Rubber Soul” and “Revolver”

Rhythm in the Park Other notable festivals and concerts in the region June 16-19 on the Wildwood Beach
Jason Aldean, Eric Church, Flordia Georgia Line, Cole Swindell and more will make up more than 40 musical acts across five stages all along the beach in Wildwood, New Jersey.
barefootcountrymusicfest.com

Ska at the Shore Aug. 7 at Bourre in Atlantic City
Featuring The Pietasters, The Toasters, The Pilfers Mephiskapheles, The Backyard Superheroes, Hub City Stompers, Spring Heeled Jack and Best of the Worst.
https://www.eventbrite.com/e/ska-at-the-shore-tickets-322765037917?aff=ebdssbdestsearch Sept. 17-18 on the Asbury Park Beach
Featuring Stevie Nicks, My Morning Jacket, Billy Strings, Gary Clark Jr. Green Day, Cage the Elephant, The Head and the Heart and surfing by many including Ventnor City’s own Cassidy McClain.
https://www.seahearnowfestival.com/ I’m sure I missed some so let me know what you’re going to this summer in the comments below and on social media @highnoteblog.