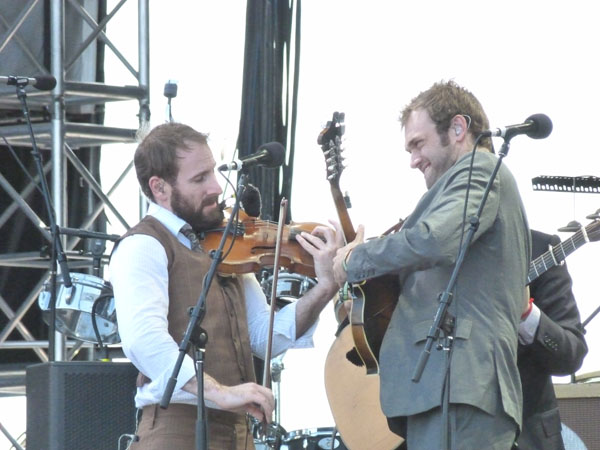 After two years of virtual campfires, the Philadelphia Folk Festival will celebrate its 60th year in person Aug. 18-21 at its longstanding home, the Old Pool Farm, in Upper Salford Township, Pennsylvania.

Presented by the Philadelphia Folksong Society, the oldest continuously run outdoor music festival in North America blends traditional and modern folk music along with bluegrass, country, jazz and world music that creates a completely unique and interactive experience for music fans and musicians of all ages.

From campfire jams, meet and greets, demonstrations, workshops, culture and crafts, the Philadelphia Folk Festival is a musical oasis run by volunteers for 59 years.

“Nearly three years after we last stepped foot on the Old Pool Farm in Upper Salford Township, the Philadelphia Folk Festival will welcome our folk family from near and far back home to the sacred grounds of our festival, where Mari Black and dozens of other artists can finally take the PFF stage and replenish our souls with live music,” said Justin Nordell, Executive Director of the Philadelphia Folksong Society.

Members of the PFS Philadelphia Music Co-Op are currently participating in the Martin Stage Melee, a battle of the bands competition to find the best from the Philadelphia region to see who, out of a field of 32 musical acts, will receive a headline spot at this year’s festival.

Ballots can be cast up to 72 hours following the concert and the winner will be announced in July.

Tickets are on sale now and all active tickets from the 59th annual festival will be honored. To get general admission and Friend of the Festival single day, camping and virtual streaming passes for the 60th annual Philadelphia Folk Festival, see folkfest.org/60thtickets.

The entire lineup released is below – I put my most anticipated acts are in bold.