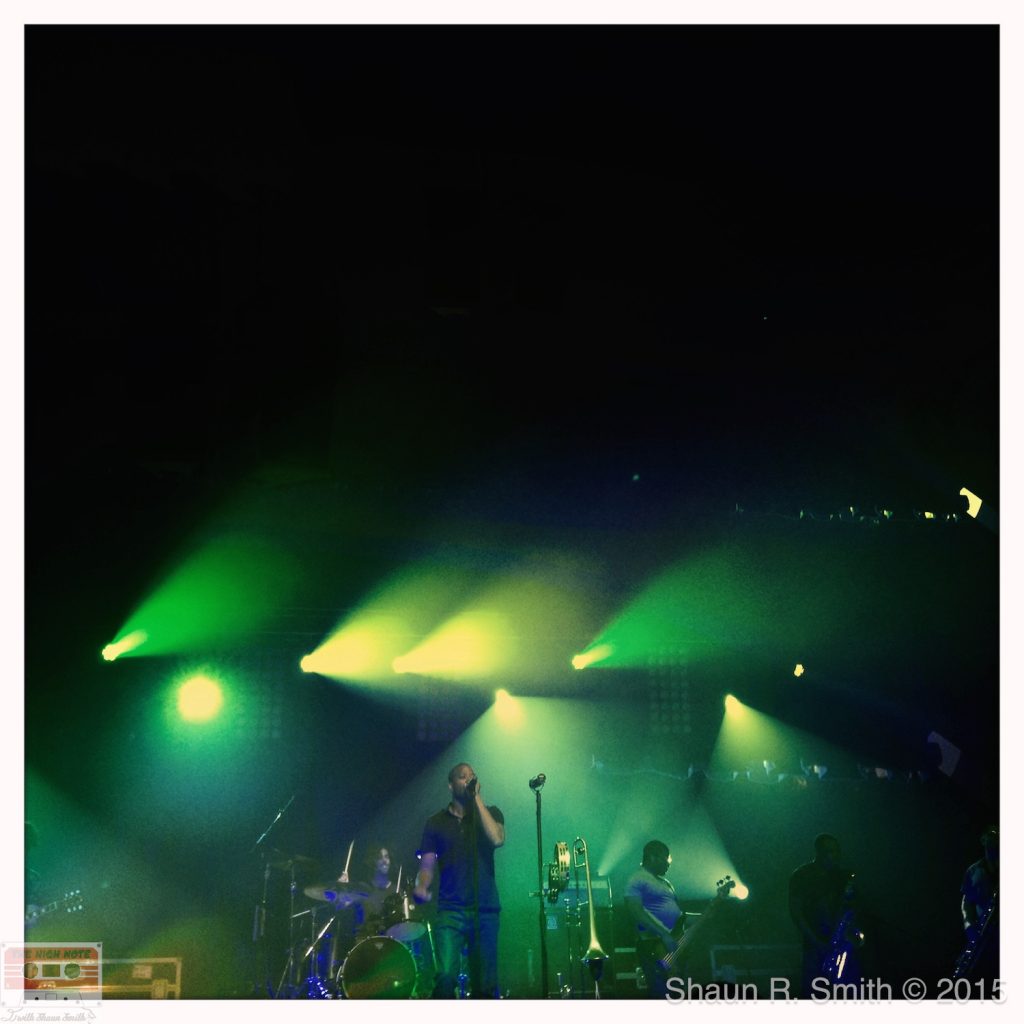 Led by Troy “Trombone Shorty” Andrews, Orleans Avenue is BK Jackson on tenor sax, Dan Oestreicher on baritone sax, Pete Murano on guitar, Michael “Bass” Ballard on bass and Joey Peebles on drums. Andrews began a career in music at six-years-old and toured internationally at 12-years-old. At 19, he joined Lenny Kravitz on a 105-date world tour in 2005-2006 playing in the horn section. Three years later, he formed his current band.

During its 90-minute performance, the soulful funk band incorporated elements jazz improvisation and rock ’n’ roll that had people dancing throughout the intimate 1920s-era music pier. The group reaction fueled the band’s energy throughout the evening and created an exuberant energy that resonated in the building.

During the show, Andrews played the crowd and the band as a charismatic and energetic leader. At one point, he signed the trombone of a young man in the audience during a song and gave him a quick hug from the stage. That’s not surprising behavior for a guy who established The Trombone Shorty Foundation to guide young musicians and authored a children’s book.

The horn section showed off its chops during a funky rendition of “Vieux Carre” that had the band members, including Andrews on trumpet, trading fours. Andrews had multiple standing ovations while he held a note for just under 2 minutes, 10 seconds during “On the Sunny Side of the Street.”

Andrews plays a great leader and frontman. He’s an incredibly talented and generous as a musician – at one point he literally pushed Murano into the spotlight during a solo. Throughout the concert he sang, played trumpet and of course played the trombone. He kept the band loose as they played throughout most of the songs of its most recent album “Say That to This.”

As an encore, Andrews led the band around the Ocean City Music Pier in “When The Saints Go Marching In.” They interacted with the crowd including Joey Peebles tapping on someone’s cowbell with his drumstick. They left everyone elated, exhausted and with a wonderful lasting impression.

This was the second time I saw Trombone Shorty & Orleans Avenue and the third time I’ve seen Andrews perform. Since a closing set at the 2012 Philadelphia Folk Festival, the band has proven its enduring contribution to music. The band now brings a light array to the stage and, in the tradition of jazz, feeds off the flow of the concert to direct the energy of each performance.

Trombone Shorty & Orleans Avenue is the most dynamic band touring this summer and this was one of the best concerts I’ve ever seen.

Thanks for a great night Ocean City! pic.twitter.com/fSDFaa0aJd