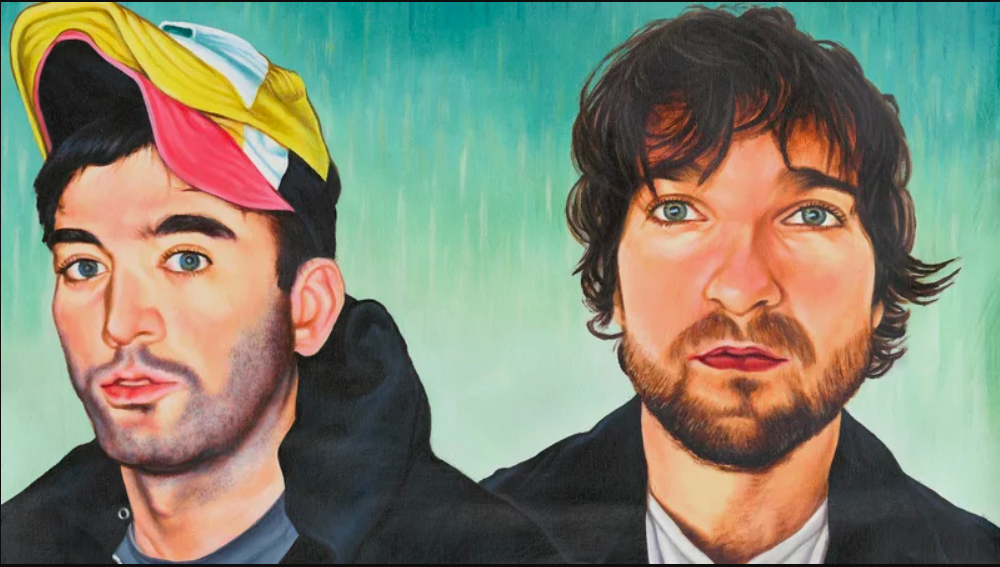 As I was searching for yet another “Mallrats” Gif to convey my feelings to my friends in our group text thread the other day, I realized I really don’t watch movies anymore.

Movies have been an instrumental part of my development, from “Little Monsters” through the aforementioned Kevin Smith cult classic. West Coast Video was a place I went to daily as a kid until they wouldn’t let me rent rated-R movies without my parents’ permission.

One of the questions that I ask every guest on The High Note is: “What is your favorite soundtrack from a movie?” What could have filled this void – work, life, binging television shows, podcasts? When I heard that Sufjan Stevens was releasing another album this year, I knew I would be listening. Followers of The High Note and friends of mine know what a fan I am of the composter who casually mashes clairvoyance with the ordinary.

While this may be the first time that I have ever reviewed two albums from the same artist in the same year, “A Beginner’s Mind,” is my introduction to folk singer-songwriter Angelo De Augustine.

The duo released their first collaborative album Sept. 24, 2021 with each of the 14 songs being inspired by a movie. The writing process involved them spending a month in a cabin in the Catskill Mountains in upstate New York – watching movies by night and writing songs by morning.

“Stevens and De Augustine wrote everything with a deliberate sense of shoshin—the Zen Buddhist concept for which the record is named and an idea that empowered the pair to look for and write about unlikely inspiration without preconceived notions of what a film had to say,” according to a statement released about the album.

“All About Eve,” ” Hellraiser III: Hell on Earth,” “Point Break,” “Night of the Living Dead,” “The Silence Of The Lambs” and “Bring It On Again” are amongst the movies that served as inspiration for the songs.

The way that Stevens paints whimsical sonic landscapes is the perfect stage for “A Beginners Mind.”

The album begins with the folksy acoustic guitar on “Reach Out,” which is also the first single. It is loosely based on “Wings of Desire,” the 1987 fantasy film.

On one of the standout tracks on the album, “Back to Oz,” the bass and overall instrumentation match the undertone of the movie for which it is based – “Return To Oz.”

It’s got a heavy vibe while still having that light flair of mystery that dives into a deep underwater-sounding psychedelic-sounding guitar solo that mimics the kind of bad trip that serves as a lesson throughout the film.

Stevens ramps up his signature flourish on “Olympus,” one of my favorite tracks. Based on “Clash Of The Titans,” the track matches the magnificent nature of the art. Stop-motion animation director Ray Harryhausen gets a shout-out in the lyrics which points to the legacy of the film and show’s Stevens’ deep appreciation for the art.

They duo comes across sounding like Elliott Smith on “Murder and Crime,” which is based on “Mad Max,” from 1979. I love the lines: “If anything goes, then everything’s flawed, oh my love, what the violence has caused.”

“This Is (The Thing)” holds the most true to serving as a tribute to the movie for which it was inspired – “The Thing.” It has a haunting refrain “My love is a witness for the loss of your innocence.”

On “It’s Your Own Body and Mind,” the pair puts the title to Spike Lee’s 1986 “She’s Gotta Have It” right into the chorus. The song sounds like it could be featured on a movie about the time period but filmed in the early 2000s.

Since movie posters are, or at least were, a vital part of the viewing experience, Stevens and De Augustine commissioned Daniel Anum Jasper to paint the album cover and the singles for “A Beginners Mind.” The style is taken from the mobile cinemas Ghana where bootlegs of Hollywood movies were projected in makeshift outdoor theaters.

They were advertised with posters that featured art inspired by the movie, often by artists who had never seen the movie and only given brief details about its plot. This was the same instruction they gave the artist, who was one of the pioneers of that type of movie poster art.

While experiencing the 45 minutes and 27 seconds of “A Beginners Mind,” I am reminded of the discovery process of going to the movie story and hunting for something to watch.

Even long after West Coast Video closed, I would go to the conglomerate Hollywood Video and search the aisles mis-categorized gems. Now, searching through streaming services through my Apple TV just doesn’t have the same type of feel as picking up those hazy pieces of plastic, looking at the cover and scanning the description on the back.

“A Beginner’s Mind,” not only has me longing for the nostalgia of watching old movies but also watching a movie for the first time. The tracks left me feeling inspired to watch a new movie or at least one that is new to me and also listen to more new tunes from New Music Friday.