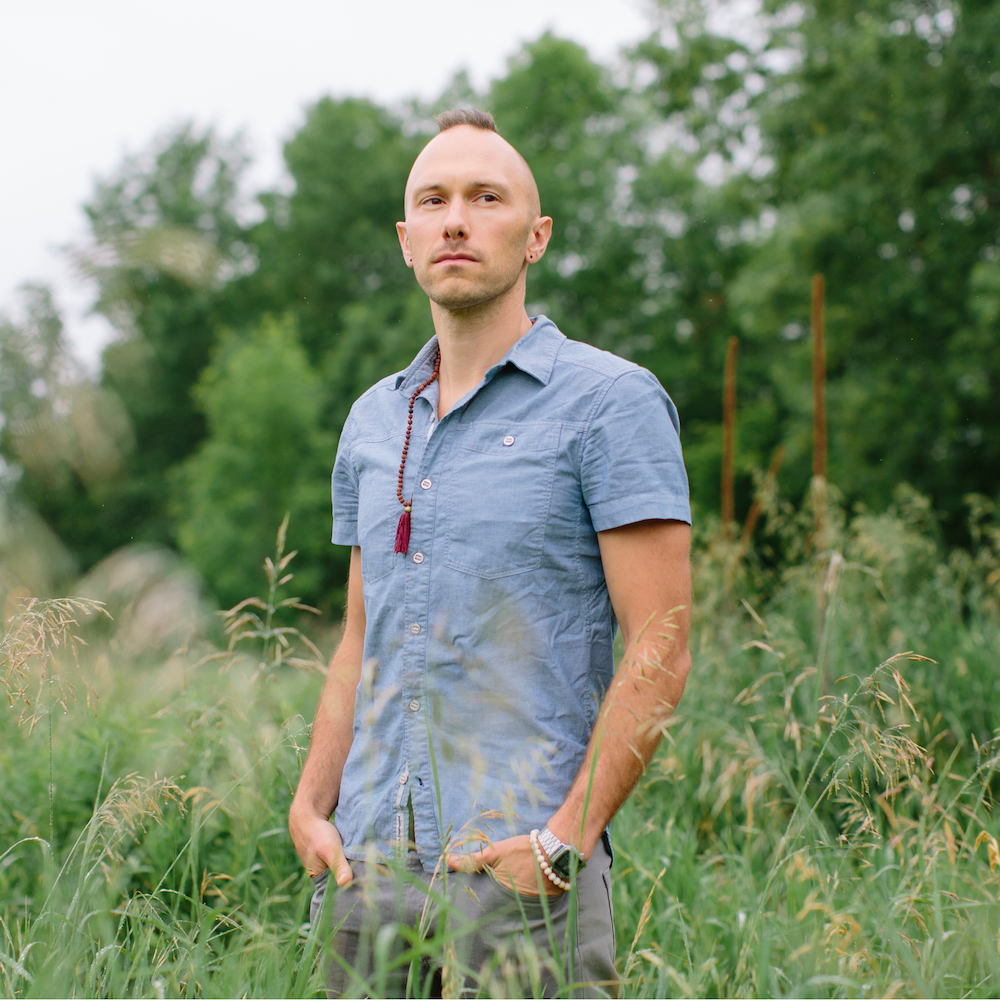 I need to calm the fuck down. I’m borrowing that phrase from the title of a book by Sarah Knight that I read recently. My search for chill is seemingly endless – I’m getting worked up just thinking about it. In my search for a serine center, I stumbled upon an unflappable happy hippie living in Hawaii.

It is pretty amazing that I could have gotten this far in life without even hearing about Ram Dass. I think the first time I even heard his name was a few years ago on the Duncan Trussell Family Hour podcast.

When he was known as Dr. Richard Alper, he worked alongside Dr. Timothy Leary at Harvard in the psychology department and helped lead psychedelic research there. In 1967, he took a trip to India where he met Neem Karoli Baba, also known as Maharajji, who would give him the name Ram Dass. He returned to the United States and published “Be Here Now,” a seminal work about living in the present moment.

Despite everything that I had read by and about Allen Ginsberg, “The Electric Kool-Aid Acid Test,” “Hells Angels” and everything by Dr. Hunter S. Thompson, I never heard of this Ram Dass character, proving once again I don’t know shit.

It could have been Trussell talking about him after a retreat or seeing a Ram Dass quote on Instagram, but I’ve since started listening to his Here and Now podcast and follow him on Twitter @babaramdass. East Forest was also known previously by a different name; Trevor Oswalt. The electronic producer and songwriter from Portland, Oregon traveled to Maui, Hawaii, where the 88-year-old Ram Dass lives, to record his thoughts on love, life, death, psychedelics and music.

However, Ram Dass suffered a stroke in 1997 that nearly killed him and left him paralyzed on the right side of his body and limiting his ability to speak due to expressive aphasia.

The conversations recorded in Ram Dass’ Maui study were then set to music that was released in four chapters throughout the year; Jan. 25, March 22, and June 21 with the full album, “East Forest x Ram Dass” or how the album is otherwise titled “Ram Dass” released Aug. 9 on Aquilo Records.

At 14 tracks and a little over an hour in length, “East Forest x Ram Dass” is a soul-healing meditation. At times soft and spiritual and other times extraordinary upbeat, the album transitions from earth to the universe like a slow-rising elevator.

East Forest and Ram Dass are joined by Krishna Das on “I Am Loving Awareness,” Trevor Hall on “Mind Karma,” Stic of Dead Prez on “Electronic Sea” and Laura Bird of Mynabirds on “SouLand.”

Opening with “Nature,” East Forest pulls you into the room with him and Ram Dass. You hear the space in the room, the creak of a chair and a stark lonely piano. Since East Forest recorded the sessions in Maui and mixed it in his studio, the music almost acts as a score to the stories Ram Dass is telling.

The layers of sound that emerge from these tracks pulls listeners into these stories that are shaped by Ram Dass’ voice. On “Dark Thoughts,” the strings swell like a river rising in a storm and unleashes its waves over the banks when Ram Dass says his final line, “The oneness of the universe is love.”

Probably one of Ram Dass’ more famous mantras, “I Am Loving Awareness,” serves as the foundation for one of my favorite tracks on the album. With Krishna Das delicately droning the pump organ and chanting as a base layer of sound, East Forest sprinkles in colorful notes throughout the track that highlight the message behind Ram Dass’ words.

One of the standout tracks for me is “We Are Truth,” which combines the magnetic elements of lo-fi electronic dance music and the depth of the teaching of Ram Dass. On it, he tells us that that soul is our true self.

“If you identify with your soul
Then you see other people as souls
And souls love one another
It’s easy as a soul to love everybody
They’re all manifestations of the one.”
-Ram Dass “We Are Truth”

East Forest brings the amazing stories of Ram Dass to life; even capturing the island spirit that they were recorded in on “Home.” It opens with Ram Dass saying “Psilocybin is my friend. Psilocybin got me onto the spiritual path,” he continues.

“My first trip
I did it with Tim Leary and Allen Ginsberg
We were in the kitchen in Tim’s house.”

Just that sentence alone puts him at the big bang of the counter-culture revolution of the 1960s. It also was one of the moments on the path that led him to become Ram Dass.

Ram Dass talks a lot about souls and love throughout the album and none better explains his position than “Please Pass The Bliss.” He talks about how he loves everything, including his pain and wheelchair, the results of the stroke he suffered.

These deep thoughts and ruminations are only contrasted by the simple beauty if hearing Ram Dass laugh and say “Perfect, Perfect” on the track by the same name. This is also one of the better examples of the space that East Forest creates with layers of instrumentation.

The story of how he went to India and met Maharajji is laid out in “A Miracle,” which relies largely on the spoken word of Ram Dass. The tale continues into “You’re A Guru” and “Love Everyone,” where he talks about how surrendered to his guru who told him to “love everyone and tell the truth.”

If I just love everyone and tell the truth, I’ll be a happier person. Seems pretty easy. I’ve been listening to these words for the past few months and I feel a little bit better. Maybe they will help you or someone else you know.

For information about Ram Dass and the Love Serve Remember Foundation, see ramdass.org.