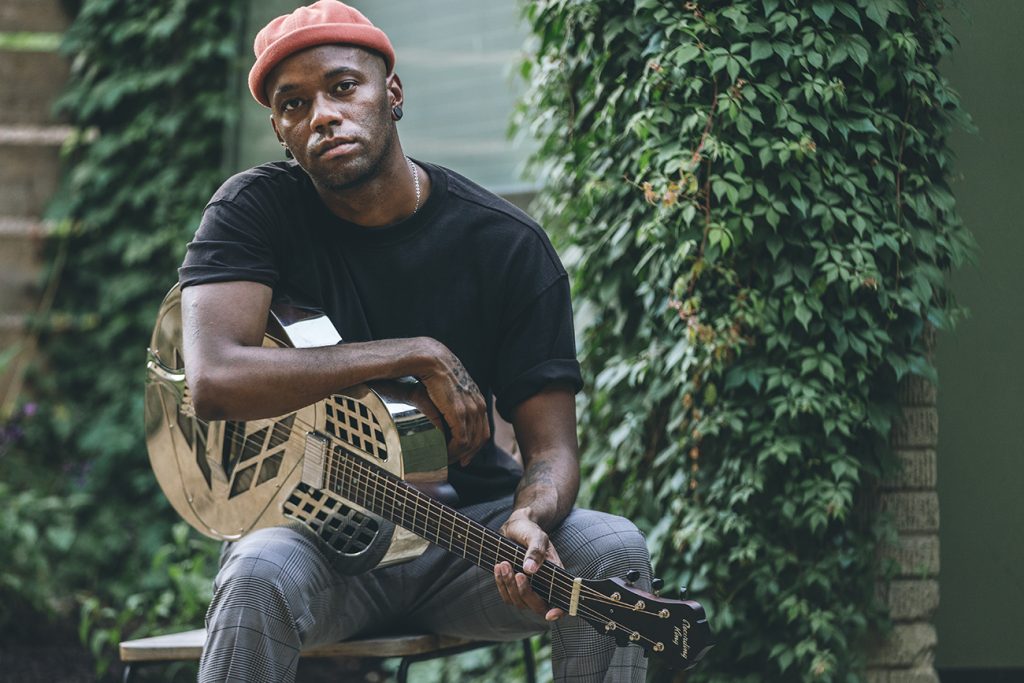 The last year was a busy one and there are only so many albums that I can review but I don’t know how I overlooked the debut album by Buffalo Nichols. And, like most things in my life, this was my own fault. The blues singer-songwriter pulled me in from this cold with his authentic and worldly storytelling on his debut album released Oct. 14, 2021 on Fat Possum Records.

You don’t hear much being talked about in terms of new blues? Jack White is out doing his thing and Samatha Fish is one of the best guitarists touring today but both are known especially for their work wielding the electric ax. What about the acoustic counterpart?

The first solo blues artist signed to Fat Possum Records in nearly 20 years, Carl ‘Buffalo’ Nichols tells his story through guitar and song from being born in Houston, Texas, and raised in Milwaukee, Wisconsin and how the worldly experiences since have shaped his writing.

“Part of my intent, making myself more comfortable with this release, is putting more Black stories into the genres of folk and blues,” Nichols said in a release “Listening to this record, I want more Black people to hear themselves in this music that is truly theirs.”

It was that trip overseas, particularly interacting with and performing for the working-class expatriate Black Americans in Berlin, Germany and Ukraine.

“Before this trip, it was hard for me to find that link between all these blues records I heard and people who are living right now. I figured out it’s not a huge commercial thing, but it still has value,” Nichols said. “So, I came home and started playing the blues more seriously, doing stuff with just me and my guitar.”

The album opens with the road-weary fingerpicking and weathered voice of Nichols singing “Lost and Lonesome.” He tells some of that autobiography from the beginning of the track:

“Well, since I could remember
I’ve been wanderin’ on my own
lookin’ lost and lonesome
since I left my mother’s home.”

The foot-stomping blues on “Living Hell” features just Nichols and percussion has a southern gospel quality in its haunting, singular power.

On “Sick Bed Blues,” Nichols expresses himself through this loose, retro sound that reminds me of M. Ward’s early records the way it mimics the way 1950s blues records sound.

There is a bright hopeful quality on “These Things,” where Nichols picks a spritely melody that holds steady as fiddles fill in the chorus.

Nichols lays down a sweet folksy ode about what he has learned from someone he has lost in the form of cowboy poetry over singing fiddles on “These Things.”

“If I could be up there with you
I would only tell the truth
And if it hurts likes pulling a tooth
Then it only hurts one time.”

That fun, wild and modern blues spirit comes alive on “How To Love.” He thanks partners for all the things they taught him about love.

Nichols pays tribute to traditional walking blues style on “Another Man.” The solo blues singer-songwriter track shows his strength as a vocalist, guitarist and writer. On it, he expresses his grief at racial injustice throughout the centuries.

The album closes with “Sorry It Was You,” which brings in an organ and some fuzzy electric guitar to tell another traveling song. On it, he weaves throughout America with mischief fueling the tank.

See Buffalo Nichols with Valerie June May 4, 2022 at Town Hall In New York City, May 5, 2022 at The Fillmore Silver Spring in Silver Spring, Maryland, May 6, 2022 at Carnegie of Homestead Music Hall in Munhall, Pennsylvania and May 7, 2022 at State Theater of Ithaca in Ithaca, New York.