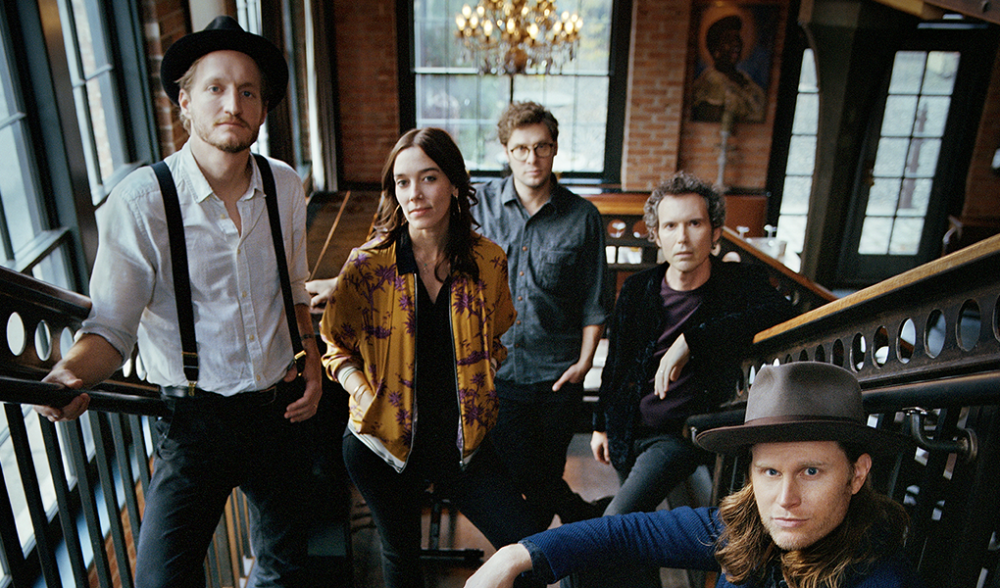 The Lumineers continue to carry a lantern into the dark caverns of folk-rock and bring its treasures to the surface with its latest album “III” released Sept. 13, 2019.

As someone who considers themselves a fan of folk music and who has attended more than a dozen folk festivals, I still can’t tell you exactly what defines folk music.

There are, however, two important elements that I have found as a common theme throughout all of the folk songs that I’ve heard. First, they tell a story; secondly, they use one traditional element of American music.

The Lumineers have shown how transformative the combination of simple, yet effective songwriting can be for audiences across the world. The title of the latest album by The Lumineers released Sept. 13, 2019 on Dualtone Records, alludes to multiple meanings that are brought to light throughout the album.

“III” is the third album by The Lumineers and it also weaves a tale about addiction that affects three generations of a family and is told in three parts. Not until I typed the album name did I realize that “III” resembles train tracks; two words associated with heroin, which is America’s current addiction epidemic.

Like most epidemics, it is the local issues that create the fabric of the national crisis. In this case, it is Josh Fraites the brother of The Lumineers co-founder and multi-instrumentalist Jeremiah Fraites who died after a struggle with addiction, who sparks the wildfire.

He and Wesley Schultz, the co-vocalist and guitarist of the band, were friends and grew up together in Ramsey, New Jersey. Jeremiah and Schultz began playing music together a few years after the older Fraites died in 2001.

The stories told throughout the 10 tracks and 50:49 on the album revolve around the fictional the Sparks’; a working-class family living in the northeastern portion of the United States.

They are Jimmy Sparks, his mother Gloria and his son, Junior. These characters come alive through the tales that they tell from their own perspectives and shifting narration throughout “III.”

While all these serious subjects could be presented with the same weight that is given when elder singer-songwriters cover addiction, or from the side of sexy fun theatrical party drunks, The Lumineers chose neither. The songs and subject matter are both handled seriously and presented melodically.

On the first single, “Gloria,” The Lumineers resume the jovial sing-a-long tone that resonated with the emotions of audiences supporting the band’s debut album.

The song, which closes her chapter of the songs, presents her as an addict who doesn’t know when “enough is enough,” as is repeated throughout the lyrics.

When we meet Gloria’s grandson Junior on “It Wasn’t Easy To Be Happy For You,” he’s not heartbroken over his family, but a lover who has left him.

On the following track “Leader of the Landslide” which is my favorite on the album, Junior is almost overwhelmed with the grief from dealing with the effects of alcohol and gambling addiction. He’s not only confronting them directly but the results of his own actions and how they affect him.

“She left, she left, the writing’s on the wall
Please believe me, I smell the alcohol
The only thing I know is that we’re in too deep
And maybe when she’s dead and gone, I’ll get some sleep”
-“Leader of the Landslide,” The Lumineers

Finally, Junior’s mother Bonnie has enough and leaves on “Left For Denver.” But that leaves Junior wondering where the breaking point was how will he repair the fracture.

“Jimmy Sparks” is the most visual song on the album, with the devastating image of young Junior driving past his father, who is barefoot in the snow and hitchhiking. Meanwhile, we understand that Jimmy got there because he went into debt trying to pay for both his child after Bonnie left and his gambling addiction.

Clearly, there is no simple path from denial to addiction and there is no simple way to explain the impacts those decisions have on people; especially families. If there is a tradition as strong as folk music in America, it’s family and addiction. The Lumineers make both sound even more powerful and important throughout the songs on “III.”

The Lumineers also released a series of videos that tell the story of each track and ties together as one entire film.

Favorite Tracks:
Gloria
It Wasn’t Easy To Be Happy For You
Leader of the Landslide
Left For Denver
Jimmy Sparks