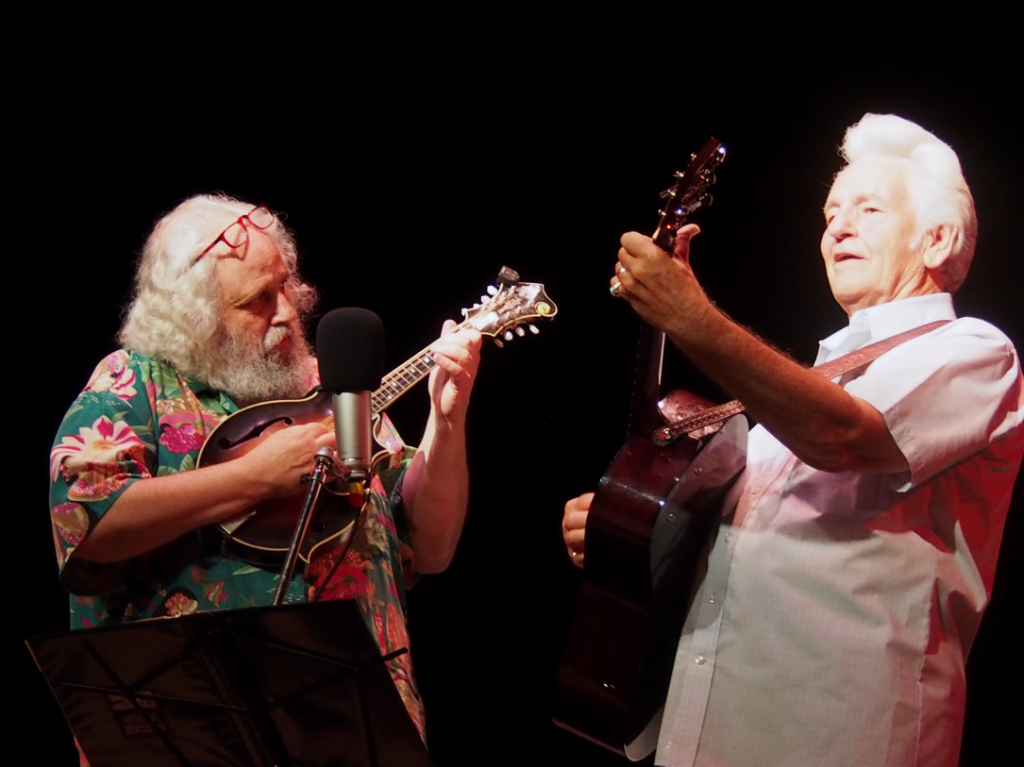 The legacy of the oldest continually-run outdoor music festival in North America will converge with fellowship, and of course music, at the 56th annual Philadelphia Folk Festival next week.

On the third week of August each year, the four-day festival transforms the Old Pool Farm in Upper Salford Township into a destination for music from legendary performers as well as emerging talent, handmade crafts and workshops.

Through the years, the festival has attracted a diverse collection of musical talent that ranges from traditional folk and bluegrass to blues, rock ‘n’ roll and international music with performers from Columbia to Canada performing on the same night.

Last year, the festival drew tens of thousands of attendees to see renowned musicians including Del and Dawg, Sharon Shannon, Peter Yarrow, Buckwheat Zydeco and Los Lobos. They were joined by rising talent of bands like the Sheepdogs, The Wood Brothers and Darlingside.

In May, the two blues musicians released the collaborative album “TajMo” that showcases the talent of both Taj Mahal and Keb’ Mo’ and their ability to play with traditional blues themes in a modern, electrifying, element. Both Taj Mahal and Old Crow Medicine Show are no strangers to the Old Pool Farm as past performers and festival favorites.

What happens offstage is just as memorable as what happens under the bright lights on the Martin Guitar Main Stage. There are craftspeople creating and selling their creations ranging from the whimsical to the practical and musical. The food selection is always a treat – including a variety of options such as barbecue, American, vegetarian, Asian-inspired and my personal favorite Humpty’s Dumplings.

In addition to the beer tent presented by Yard’s Brewing Company, this year the festival will have a wine tasting 6 p.m. Friday, Aug. 18 at the Friend of the Fest tent. It’s $25 per person and tickets are limited but can be purchased in advance or at the gate. The food options inside the campground expand each year including the essentials provided by Schwenksville Fire Company and the Skippack Lion’s Club, which is open late.

In addition to the Front Porch Stage, there are sights and sounds around every corner inside the campground. More than 5,000 people camp on site and converge around fires and campsites at all hours to jam with friends and festive folk. It seems that people are constantly playing at every end of the 40-acre festival grounds throughout the entire weekend.

In creating a family-friendly environment, the festival provides quiet camping in addition to activities for children of all ages during the festival. In Dulcimer Grove, kids can watch puppet shows, listen to storytellers and even learn how to juggle with the Give and Take Jugglers, all from beneath the shaded tree canopy.

Even though I go into the festival with an idea of who I want to see, there are always surprises that become some of my favorite performers. In the past, I’ve got to watch Ladybird play on the main stage while hanging out with friends of the band and participated in the scavenger hunt run by A Fistful of Sugar. In addition to A Fistful of Sugar and Ladybird, some of my favorite returning acts are John Flynn, Ben Arnold and the 48 Hour Orchestra, Spuyten Duyvil, Wesley Stace and bagpiper Dennis Hangey performing the opening ceremony. This year, I’m hoping to see for the first time Cry Cry Cry, Eric Andersen, David Jacobs-Strain with Bob Beach, Man About A Horse, Runa and Ken Tizzard.

An all festival ticket is $190 and all festival plus camping is $260. Tickets for single nights are $65 for Friday, $80 for Saturday and $65 for Sunday. If you’re bringing the family, children younger than 5-years-old can camp for free and children 11 years and younger can attend the festival for free. For 12-17-year-olds, a youth ticket can be purchased for half of the price of regular admission. You can purchase tickets via the festival website.

In addition, there are volunteer options for people who want to take part in that experience and see the festival in exchange for working. More than 2,000 Philadelphia Folksong Society volunteers help make the Philadelphia Folk Festival possible, so be sure to wear your smile and have a happy fest.