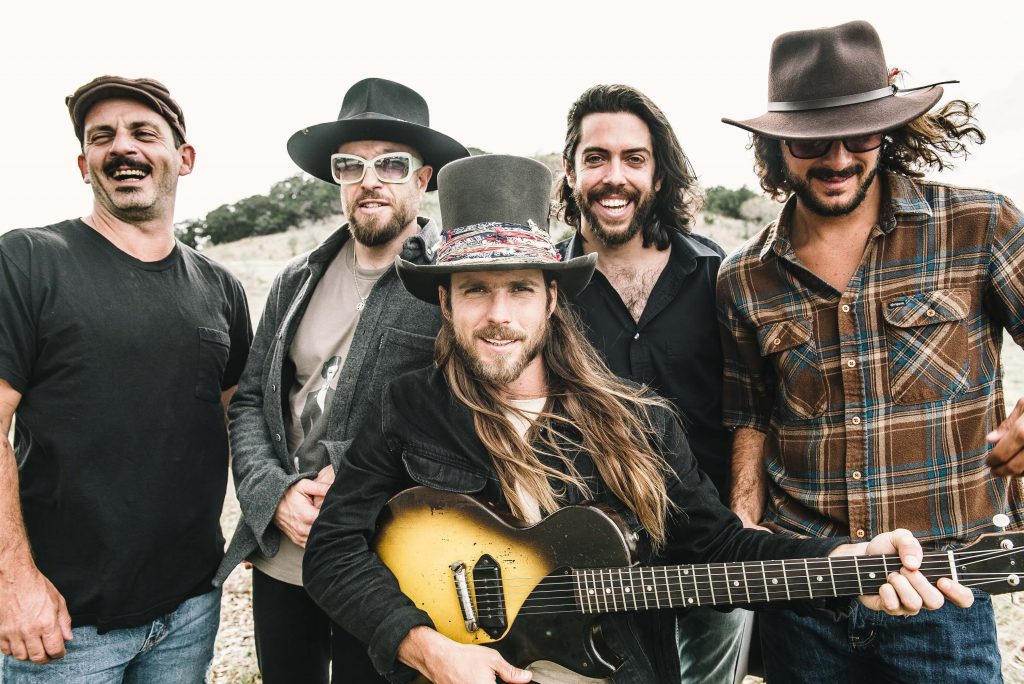 Like music, these album reviews are a process of discovery. Just like the musicians making the music, I am kind of finding my way as I go along and chip away at the music and songs out there to find what I like and distill it into a review for all of you.

There’s often too much to write about. I’m essentially a one-man-band here at The High Note, writing, editing, publishing, promoting and podcasting. A lot gets left on the table, or in my email, or in the Google Doc.

That’s exactly what prompted Lukas Nelson and Promise Of The Real to release “Naked Garden” March 27 on Fantasy Records. The album sounds as if you’re sitting in the studio while the band is jamming because it was created from alternate takes and unreleased cuts from the band’s previous album “Turn Off The News (Build A Garden)” released in 2019. Across the 15 tracks, we hear the chatter between band members at Shangri-La and Village Studios as they lay down the tracks meant for the band’s second album. The result is a freewheeling, rambunctious spirited collection of songs that remind me of Tom Petty’s style.

That outlaw style shouldn’t come as a surprise given the band’s lineage – it is led by Wille Nelson’s son and supported by Neil Young’s backing band since 2008. That rebel attitude could have helped the younger Nelson decided to pick up the pieces left behind on an already great session.

The result, “Naked Garden,” stands on its own rather than a sequel or deluxe version of “Turn Off The News (Build A Garden).” The songs sound stripped down and live by offering minimal production and splitting the spotlight between the songwriting and musicianship.

The album opens with Nelson and an acoustic guitar playing the folksy opening lines to “Entirely Different Stars.” Talking about taking his sweetheart and taking her to a ride in a spaceship to homestead on another planet before breaking down into a spacey jam; the album begins its mystical appeal.

This version of “Civilized Hell (Alternate Take)” plays like a straight-ahead rock song with a twinge of Texas tequila. The result is so much better than the previously released version, which I didn’t even hear until months after listening to “Naked Garden.”

Channeling Jimmy Buffet on “Back When I Cared,” Lukas Nelson and Promise Of The Real sound like they’re playing with their feet standing in gulf coast sands.

“Focus On The Music” is one of my favorite tracks on the album and is one where his style sounds similar to a classic country rock that emerged in the 60s and 70s. The song has a simple premise that seems so difficult, even in spite of being on stay-at-home orders during a global pandemic; let’s just focus on the things that we love.

“I gotta focus on the music
Focus on the heart of things
Focus on the peace that music brings
Nothing else should matter to me.”
-“Focus On The Music,” Lukas Nelson and Promise Of The Real

Promise Of The Real takes on a 90s jam band vibe similar to the Samples on “My Own Wave,” and it totally works. It flows directly from “Focus On The Music” and the band totally nails the surf rock jam.

Those influences from my favorite member of Crosby, Stills, Nash and Young are apparent on “Fade To Black.” The band’s sound morphs so easily to fit each song’s style and Promise Of The Real channels a Crazy Horse sound for the track.

The band and its leader sound best when they are unrestrained and fully feeling the force flowing through their instruments. Nelson especially sounds almost relieved to get to the chorus to “Couldn’t Break Your Heart” after the rhythm builds up the tension through the bridge.

If there is a theme on “Naked Garden,” it’s that you reap what you sow. You should have the courage to create your art so long as it’s true to you. That’s exactly how Lukas Nelson and Promise Of The Real create the tracks on “Naked Garden,” and the product is pure, natural talent.

Get “Naked Garden” from Lukas Nelson and Promise Of The Real, Amazon, Apple Music, Google Play, Spotify, Tidal and Deezer.