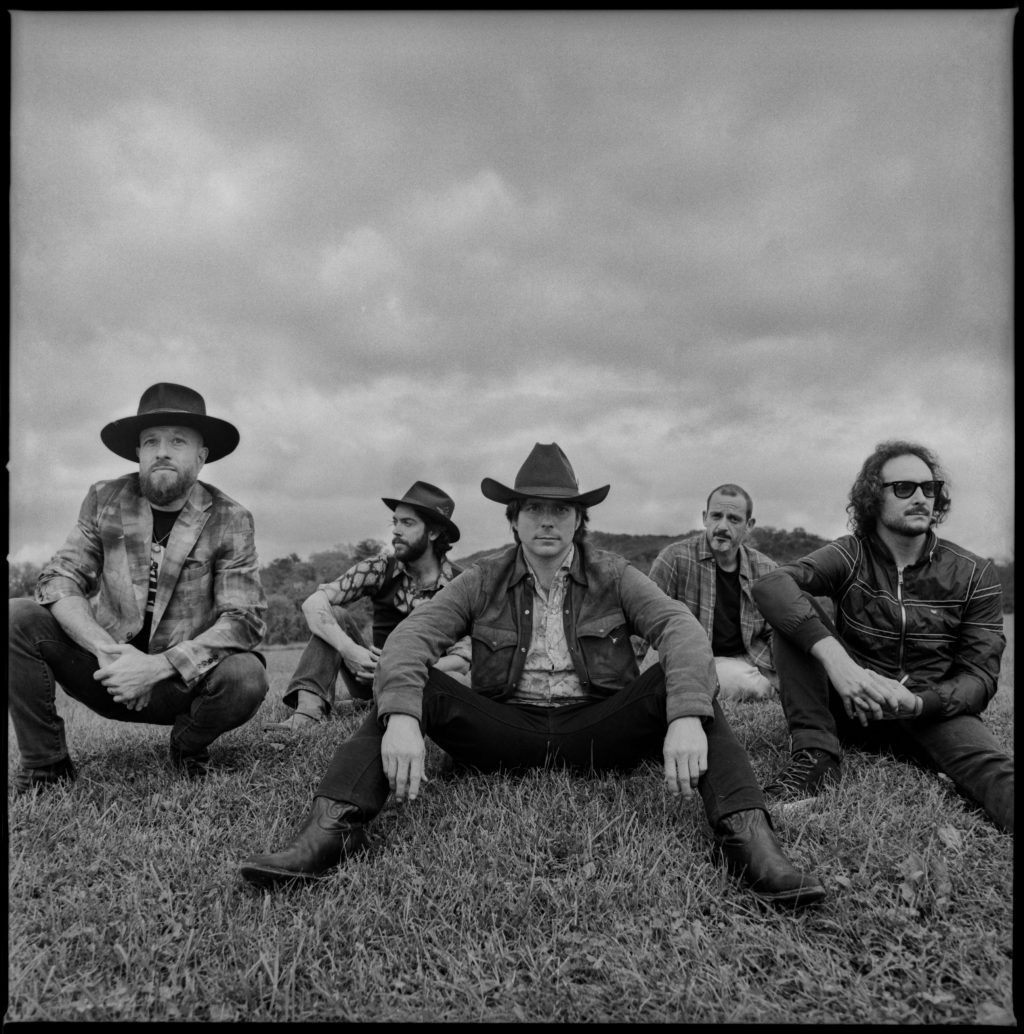 For the past year, Lukas Nelson and Promise of the Real has consistently been one of my favorite bands.

I’ve been listening to the group’s latest effort, “A Few Stars Apart,” basically on repeat since it was released June 11, 2021 on Fantasy Records.

For fans of classic country and rock music, there are two names in the band’s moniker which stand out.

The latter is probably best known as the backing band for Neil Young that recorded a handful of albums with the Canadian singer-songwriter. The leader of that band is Lukas Nelson, the son of Willie Nelson, who formed Promise of the Real in 2007 in Los Angeles, California where he attended Loyola Marymount University. The stories from the band’s most recent effort, “A Few Stars Apart” were born out of the pandemic, which he spent with his parents and brother Micah.

“I’m from what one might say is the ultimate road family – I’ve been on the road my entire life. I’ve never been anywhere longer than three months, and suddenly here we are, the four of us together. And thank god we were together. I can’t remember the last time we had that much time together as a family,” Nelson said in a release. “We had a lot of really important bonding that happened during that time. And I have to say, as terrible as the pandemic has been in so many ways, for my inner peace, I was able to take a lot of good from this time. I was able to pause and reflect.”

Nelson took these songs and put them down on eight-track tape at RCA Studio A in Nashville and with producer Dave Cobb.

From the opening words, “You, are” I just hear the sultry baritone of a young Willie Nelson, whom I am adore, before settling into his own style.

On the track, “We’ll Be Alright” he assures his lover that everything will be alright and sets the tone for the album, which is of love and perseverance.

“We’ll be alright
If we can hang on
And our love with guide us
To where we belong.”
-“We’ll Be Alright,” Lukas Nelson and Promise of the Real

On “Perennial Bloom (Back To You),” the band picks up the pace that I really latched on to while listening to the band’s album “Naked Garden,” which itself was a companion to the band’s 2019 album “Turn Off The News (Build A Garden).”

The way that Nelson delivers the lyrics on “Throwin’ Away Your Love,” is so carefree and easy, just like the subject of the song who haplessly lets the love of his life slip away.

I especially am drawn to how the song is written more to himself about a situation that he couldn’t control, he explains on the bridge and sings through the chorus: “And I’d like to testify on behalf of my worried mind, for the crime of throwin’ away your love.”

Nelson said the song “A Few Stars Apart” was written about a friend named Nancy who died and for whom the album is decided. “Early in the pandemic, I found a love of looking at the stars every single night and I made a vow not to stop looking at the stars every night for the rest of my life. When she passed, I was looking up at the stars and the song just came. It felt like her spirit was writing it with me. The lyrics say, ‘We’re just a few stars apart, every night you can see my heart, shining like a diamond in the sky.’ It almost felt like she was saying that to me, and to her children. Saying, ‘Hey, don’t worry. I’m here. I’m just right up there,'” Nelson said. “That message is really the guiding light throughout these eleven songs. It’s about finding closeness—with others and yourself—even in the face of great distance. When I look at the stars, I am reminded that we are made of the same thing and that none of us are more than a few stars apart.”

On “No Reason,” Nelson weighs the balance between the touring life and setting down for a life at home with someone. It opens with a pithy line which is among my favorite lyrics on the album, “Everybody knows we ain’t got much time, A wasted moment is a holy crime.”

I also hear his father’s twang when Nelson drawls out the final word in the chorus, “But I can’t find no good reason why.”

The band is tight throughout the 37 minutes and 12 seconds. I love the pedal steel guitar from Logan Metz to open “No Reason.” Nelson melts away for a southern California-inspired guitar solo on “Leave ‘Em Behind,” that blends well with the upright bass from Corey McCormick.

Anthony LoGerfo provides the drums that really sets the rocking’ one for “Wildest Dream,” with Metz picking up the organ to deliver that classic rock feel.

Nelson has way of letting a dramatic scene unfold in a song. On “Hand Me A Light,” where again, he sounds like his father in the opening lines, especially when contrasted against the voice of singer Rina Ford.

“Walk through my door
You find me alone
With a hand on the whiskey
And a hand on the phone.”
-“Hand Me A Light,” Lukas Nelson and Promise of the Real

On it, they describe a relationship where the one doesn’t see what the other sees in them. They are both certain of one thing, “And I think you don’t care, But I love you for sure.”

The ultimate keep your head up optimism song is “More Than We Handle.” It’s a song about a couple that is just leaning on each other as everything is falling apart. “We’ll find a way to survive, Because God won’t give us more that we can handle,” and if they’re wrong, they still have each other.

The piano on the last two tracks is so fitting, especially on the closing song, “Smile.” It begins with Nelson basically reciting two verses of sweet cowboy poetry until the band picks up the rhythm for the chorus.

Nelson delivers the lines, “I’m through confessin’, I learned my lesson,” with the conviction of a preacher. He contrasts that with the sweetness of the final lines of the album, “And I can’t help but smile.”

With its latest album, “A Few Stars Apart” Lukas Nelson and Promise of the Real have solidified my love of the band. With rooted songwriting and easy, rocking rhythms the group holds the top spot in bands I can’t wait to see live.

Get “A Few Stars Apart” from Lukas Nelson and Promise of the Real, Bandcamp, Amazon, Apple Music, YouTube Music, Spotify, Tidal and Deezer.