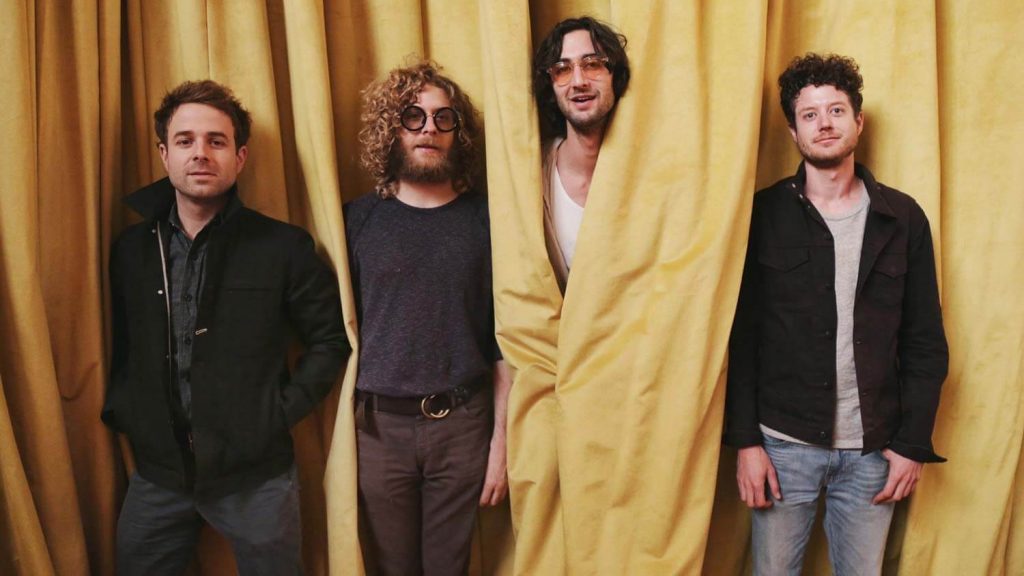 I don’t know about you, but music makes me feel young. But what does it mean to be an adult anyway? That’s what one of my favorite bands, Dawes, tries to answer on its latest album “Good Luck With Whatever,” released Oct. 2 on Rounder Records.

The album, the seventh from the Los Angeles-based rock band, is the first on the new label. I’ve been a fan of the band’s easy melodies and textured harmonies from the band’s debut, “North Hills,” in 2009. Led by singer, songwriter and guitarist Taylor Goldsmith, the band’s songs, have a way of pulling in listeners and makes it almost feels like he is listening to us, the listeners. As time has grown on, the band’s sound has expanded even though the DNA of the Dawes sound is still intact.

The band brings us into that nostalgic feeling on “Still Feel Like A Kid,” the album opener. It has all the Americana and folk-rock roots while also having a pop sensibility that comes in on the chorus “ba-ba-ba.”

Goldsmith sets a vivid scene on the title track that is only aided by the steady drumming from his brother Griffin. Lee Pardini dances along the keys and Wylie Gelber plays the bass sweetly on the track. Across the entire album, the band sounds like a large, strong machine churning out rock hits with pop sensibility.

The song dives headfirst into the rabbit hole of conspiracy theories and reminds me of the time my cousin had a cannabis-infused drink in Seattle, Washington and thought his barber was a government agent.

The band’s vintage folk-rock sound comes across clearly on all nine tracks on “Good Luck With Whatever,” but especially on “None Of My Business.” The blues-heavy guitar riff drives the track through southern roots rock and right into the Dawes wheelhouse.

The old school sound is crisp thanks to the production by Dave Cobb and the recording sessions at the historic RCA studios in Nashville, Tennessee.

The typically earnest sounding Goldsmith has a more personal quality on the family ballad “St. Augustine At Night.” Like any good writer, Goldsmith puts a lot of thought into his characters and also makes them so relatable that we really care about these people not long into the song.

Dawes has the ability to save the magic of a song for the chorus and layer on the sounds – which is exactly what makes “Who Do You Think You’re Talking To” so good. It’s a steady rock song that builds up to a pre-chorus that itself builds into a groove-laden chorus.

Anyone who has read a self-help book or gone to a yoga class will appreciate the lyrics of “Didn’t Fix Me.” The premise of the song is basically what Dan Harris wrote in his book – that meditation made him about “Ten Percent Happier.” The song comes to grips with the fact that there are no fixes or simple answers in this world.

The airy sound on “Free As We Wanna Be” matches the lyrics, which are about how people can let themselves be a slave to technology but they can also do whatever they want – like the complete opposite. There’s the idea of self-control that creeps in from the previous track and keeping with the album’s theme of dealing with life day-by-day.

Goldsmith’s a hell of a guitar player as well, even if that gets hidden amongst the fun sound that his band creates behind him. He comes right out with an electric lead on “Me Especially” that sounds like it’s a direct extension from his soul. The song is the perfect bookend to “Still Feel Like A Kid,” as the songwriter looks inside to rediscover his youthful spirit.

The benefit of listening to bands that have people who are about my age lets me feel like I’m not going through this bullshit alone. Whether it’s not being able to stay up past midnight or realizing that I’m not as young as I used to be every time I go surfing, life has become a learning experience every day. Either way, it’s comforting to know that Dawes is right there with me and wishing me “Good Luck With Whatever.”

Still Feel Like A Kid
None of My Business
St. Augustine At Night
Who Do You Think You’re Talking To
Didn’t Fix Me
Me Especially