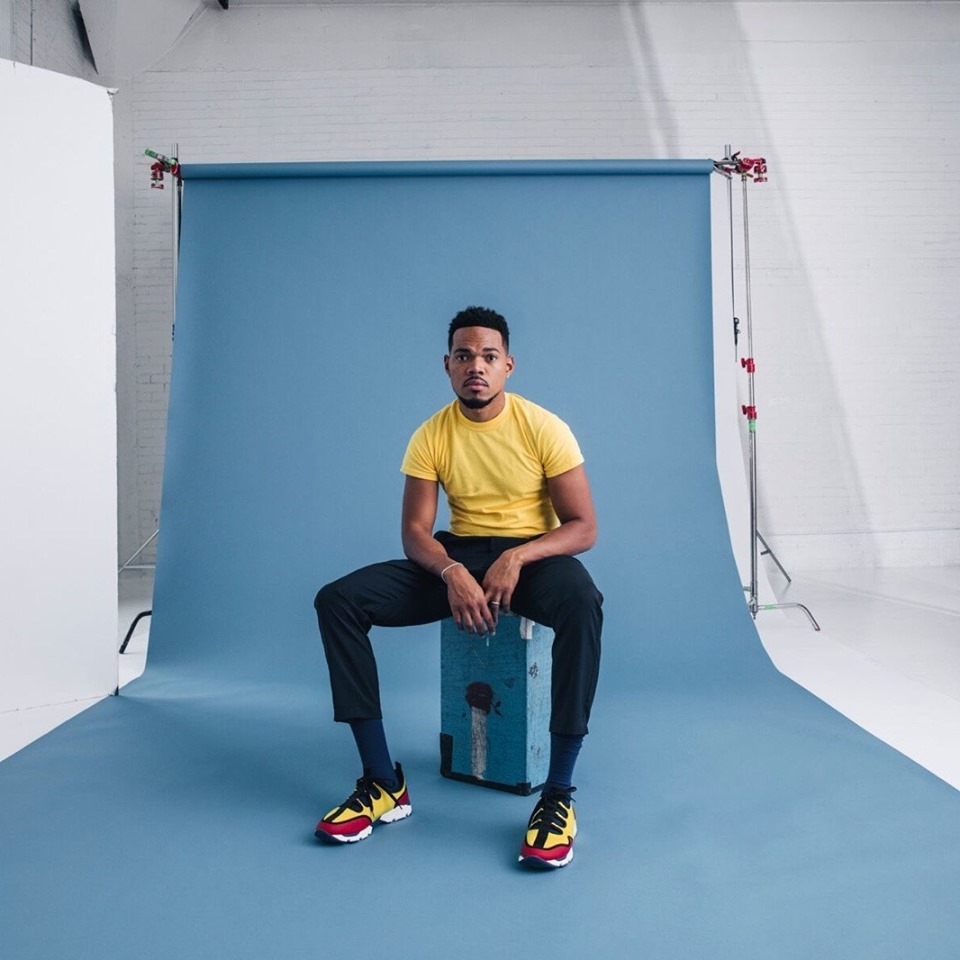 Chance The Rapper is getting married and you’re invited. Are you ready? You’re fine just as you are. We’re going in. “The Big Day” is an invitation to feel the jubilation that he felt at his wedding earlier this year.

“The Big Day,” is the first proper album by Chance The Rapper. After mixtapes including “Acid Rap,” “Surf” by Donnie Trumpet and the Social Experiment, and “Coloring Book,” the Chicago-native who puts his occupation in his stage name self-released the record July 26, 2019.

Throughout the 77 minutes that features a host of artists including Benjamin Gibbard from Death Cab For Cutie and En Vogue, Chance The Rapper explores family, politics, religion and friendship framed by his wedding day. “The Big Day” is Chance The Rapper playing wedding DJ and honoring his musical styles like he’s sampling a buffet of classics across 22 tracks. The album cover is a diamond-encrusted CD a not so thinly-veiled reference that the album’s subject revolving around his wedding and the playlist for his big day. The background of the photo is the spot where he proposed.

The opening track brings us right back to the Church of Chance The Rapper with “All Day Long” featuring John Legend and powerful gospel-inspired keyboards and vocals. The rhythm is uplifting in its combination of 90s rhythm and blues and soul. You can almost see the Soul Train line forming on the dance floor while you listen to the track.

There are a host of producers on this album, including Justin Vernon from Bon Iver on the romantic-comedy flashback soundtrack “Do You Remember” featuring Gibbard. If Garden State ever gets a remake or a sequel (you know it’s bound to happen), this song should be featured.

“My daughter mother double-ringed up
Finger look like jean cuffs, or two lean cups
Used to have an obsession with the 27 club
Now I’m turning 27, wanna make it to the 2070 club
Put the 27s down, Lord, give me a clean lung
Took the ring up out the box I know this ain’t no brief love”
“Do You Remember” – Chance The Rapper

Playing on the famous words by Michelle Obama, “We Go High” Chance recounts his relationship with his wife, Kirsten Corley, whom he met when he was nine-years-old and married in March 2019. He lays down some of his best verses on the track, and I love the shout out to my favorite football team – “Big hands for my ring, I’ma need a Pringles can/ I just want DeSean back like an Eagles fan.”

“My baby mama went celibate
Lies on my breath, she say she couldn’t take the smell of it
Tired of the rumors, every room had an elephant
Tryna find her shoes, rummagin’ through the skeletons
She took away sex, took me out of my element”
“We Go High” – Chance The Rapper

The album has some really fun moments like “Hot Shower” featuring DaBaby and MadeinTYO over a trap beat and the period song “I Got You (Always and Forever)” featuring En Vogue and Ari Lennox.

Every track on the album really covers all the players in his wedding, including skits acted out by John Witherspoon and Keith David as well as Chance’s his brother Taylor Bennett on the track “Roo.”

The title track features Francis and the Lights on an acoustic-led internal monologue produced by Vernon. The screams and freak-outs are only contrasted by the upbeat airy feel of the following track “Let’s Go On The Run” featuring Knox Future.

Randy Newman helps Chance The Rapper look toward the future on “5 Year Plan,” while at the same time listing the triumphs over the struggles he has already faced. “5 Year Plan” is definitely going on my playlist to listen to when I need to take a breath.

Chance is the best when he is rapping about his challenges and “The Big Day” is no different. “Get A Bag” featuring CalBoy is a track that grew on me over a few plays. Although it, like some of the other tracks and verses, is focused on wealth and security but has some truth and fun mixed in.

Maybe it’s because of his influences in jazz and gospel, but I think the piano is the best instrument for Chance The Rapper’s voice. On “Sun Come Down” Chance lists out what he wants his legacy to be. It reminds me of “Blessings,” the organ-led closing track to “Coloring Book.”

“I don’t want nobody to be at my wedding
That won’t be there for my marriage
They can see that shit on Facebook
They can like it, they can share it”
“Sun Come Down” – Chance The Rapper

Like a photo booth portrait, “The Big Day” captures the moment for good guy Chance The Rapper in a cheery, narrow snapshot. And, just like any good wedding, it manages to look forward as it honors the past. It’s a lasting memory of the time when everyone dressed up and got down to celebrate a lasting union.

Favorite Tracks:
All Day Long
Do You Remember
We Go High
I Got You (Always and Forever)
The Big Day
Let’s Go On The Run
5 Year Plan
Get A Bag
Sun Come Down