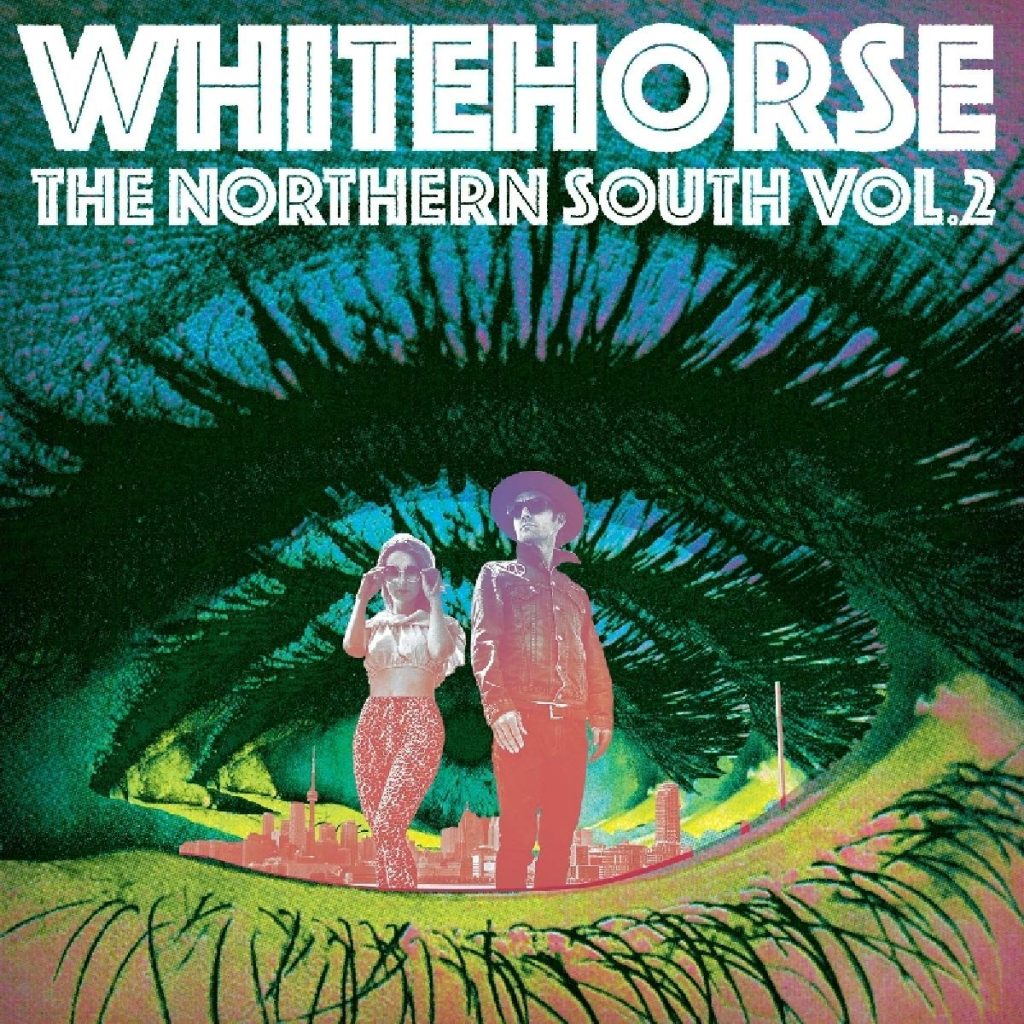 People have always called me an old soul. I’m sure that means different things to different people. I’m not quite sure what that means. I’ve never paid too much attention to it. But, I’ve always like old things – antiques, vintage clothes and old cars. The same goes for movies and music.

Like Myles, I first saw Whitehorse at the Philadelphia Folk Festival. Also like Myles, they are from the great white north. They have both recorded albums in French. The similarities continue because as Myles released an album of jazz standards, Whitehorse has recorded two albums of blues standards.

“The Northern South Vol. 2” was released Jan. 18, 2019 on Six Shooter Records and continues to be one of my favorite albums of the year. The folk-rock band consists solely of a husband and wife duo – Luke Doucet and Melissa McClelland of Hamilton, Ontario, Canada.

Whitehorse released one of my favorite songs of 2017 – “Nighthawks” from “Panther In The Dollhouse.” The same year, the duo played a killer set on the Camp Stage Thursday night at the Philadelphia Folk Festival.

Normally, I wouldn’t jump at the opportunity to review an album of cover songs; but Doucet and McClelland put their spirit into these tracks to give them a new life, meaning and relevance for a modern time.

The album begins with the oft-covered Howlin’ Wolf track from 1957, “Who’s Been Talkin.'” Whitehorse takes the muted organ melody from the original version, something that is totally overlooked by the guitar-centric versions Steve Miller Band and Samantha Fish, and plays it up front with full force.

Doucet and McClelland approach all of the tracks with respect to the original versions, making each track feel right. The tone of Jimmy Reed’s “Baby, What You Want Me To Do” from 1959 comes through subtly with McClelland’s take on the phrasing of the track.

The timeless gospel rhythm of the traditional “John The Revelator” sounds fresh and alive on “The Northern South Vol. 2.” Doucet’s gritty guitar is fierce and played with the passion of a preacher delivering a sermon.

The blues harmonica of Slim Harpo’s “Baby, Scratch My Back” from 1965 is reinvigorated for this 2019 version by Whitehorse. McClelland takes the understated vocals while Doucet leads the playful guitar charge.

Willie Dixon’s 1954 gritty ballad, “I Just Wanna Make Love To You,” ignites the passionate chemistry between this husband and wife band. Muddy Waters sang it like he was in love with his microphone while McClelland and Doucet turn their affection to one another for this rockabilly duet.

“The Northern South Vol. 2” closes with a haunting version of the traditional “St. James Infirmary.” Mixing the banjo with a patient rhythm, Whitehorse concentrates a passion for the blues into each note of the track.

Without the entitlement of having these songs as part of the band’s cultural heritage, our Canadian cousins have honored the tradition of these influential blues songs. The admiration that Whitehorse has for these songs and the musicians who helped shape the genre motivates the listener to explore the deep roots of the blues.