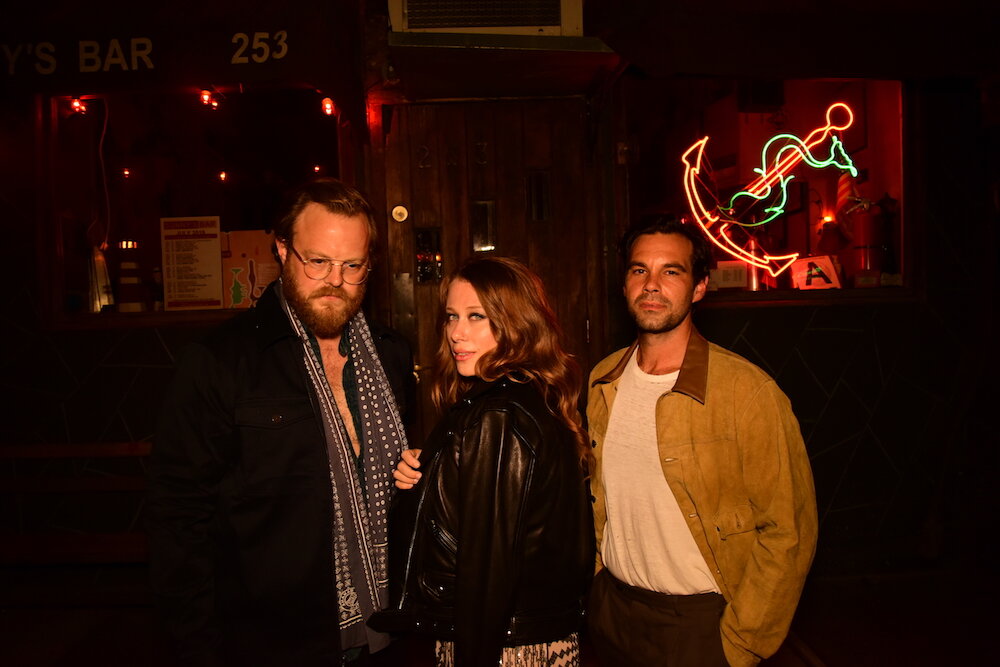 The thing about the flow state is that it is elusive. There’s a lot of tricks that people use, everything from breathing techniques to coffee, but it’s hard to predict when all the correct elements are going to come together at the right time.

The problem with finding that flow state is that it requires constant effort to get there. It’s more about maintenance and routine than it is about the magical moment of achieving seamless action without thought.

It is often said that the most brilliant art comes after the darkest moments. The Lone Bellow have had to endure loss and recovery and still aren’t done reaching for the songbook to express those emotions. The folk-rock trio from Brooklyn, New York has been working toward this natural progression since its debut album in 2013. With honest storytelling and hearty harmonies, The Lone Bellow has found the sweet spot on its latest album “Half Moon Light” released Friday, Feb. 7 via Dualtone Records.

The opening track “Intro,” was played and recorded by the grandmother of lead singer and guitarist Zach Williams for her husband’s funeral. It sets the tone and carries a theme of resilience as it returns twice more as “Interlude,” and the “Finale,” of the 12 tracks on the album.

That sense of carrying the torch after a loss can be felt in the second track, “I Can Feel you Dancing.” The song sounds like a tribute to the grandfathers lost by both Williams and guitarist and singer Brian Elmquist around the same time.

There’s a couple of vivid lines in that song that would be something a grandpa would say – like I put “All my money on a feeling,” or I was “Two steppin’ on the ceiling.” The track’s full sound creates a powerful impression of the band’s energy.

That excitement carries into the following track, “Good Times,” a rollicking appreciation of a friend who makes everything a blast and burns each day with his last cigarette. The horns and thick bass lines by Kanene Donehey Pipkin make the track explosive.

Pipkin also serves the multi-instrumentalist of the group, playing strong keyboards on tracks like “Count On Me,” as well as the stringed things like mandolin and also harmonizes well with the boys.

She excels just by herself, like on “Just Enough To Get By,” which is shaped by her expressive tone. The song has an interesting take on truth and she bends each moment of the song with her strength and will.

“You know people
They will believe
Only what you let them see
So tell them what they want to hear
How much better that you feel
And they’ll give you
Just enough to get by”
-“Just Enough To Get By,” The Lone Bellow

Tragedy struck twice quickly for Elmquist. In addition to losing his grandfather, his father died suddenly. The two had reconnected soon before that after years of having a strained relationship.

On “Wash It Clean,” the verses each being with the lines, “All my life I tried to let you go/Would you stay?” which is an emotional statement about how life is never linear no matter how much pressure is put upon it.

⁣On “Enemies,” Williams describes carving his and his wife’s name into a tree when he was 12-years-old. “I’d only dreamed of spending my life with this particular person,” he said on Instagram. “Sometimes when we fight, I think of that old tree and I remember the mystery of being a boy out in those woods full of dreams, and it reminds me how deep our connection is — even when I think we should’ve been enemies instead of two people in love.”

Throughout “Half Moon Light,” The Lone Bellow digs at the stories that are buried deep; both in the heart and the subconscious. There is no direct path that can be drawn from devastation to recovery and creation. The process of achieving those moments of brilliance sometimes comes with a combination of luck, patience and determination. Those elusive ideas aren’t easy to find, but The Lone Bellow tapped into tragedy to achieve a new trajectory.

See The Lone Bellow with Early James Saturday, April 11 at the
9:30 Club in Washington, D.C., Wednesday, April 15 at Union Transfer in Philadelphia, Pennsylvania and Friday, April 17 at Webster Hall in New York City.

Favorite Tracks:
I Can Feel You Dancing
Good Times
Count On Me
Enemies
Just Enough To Get By