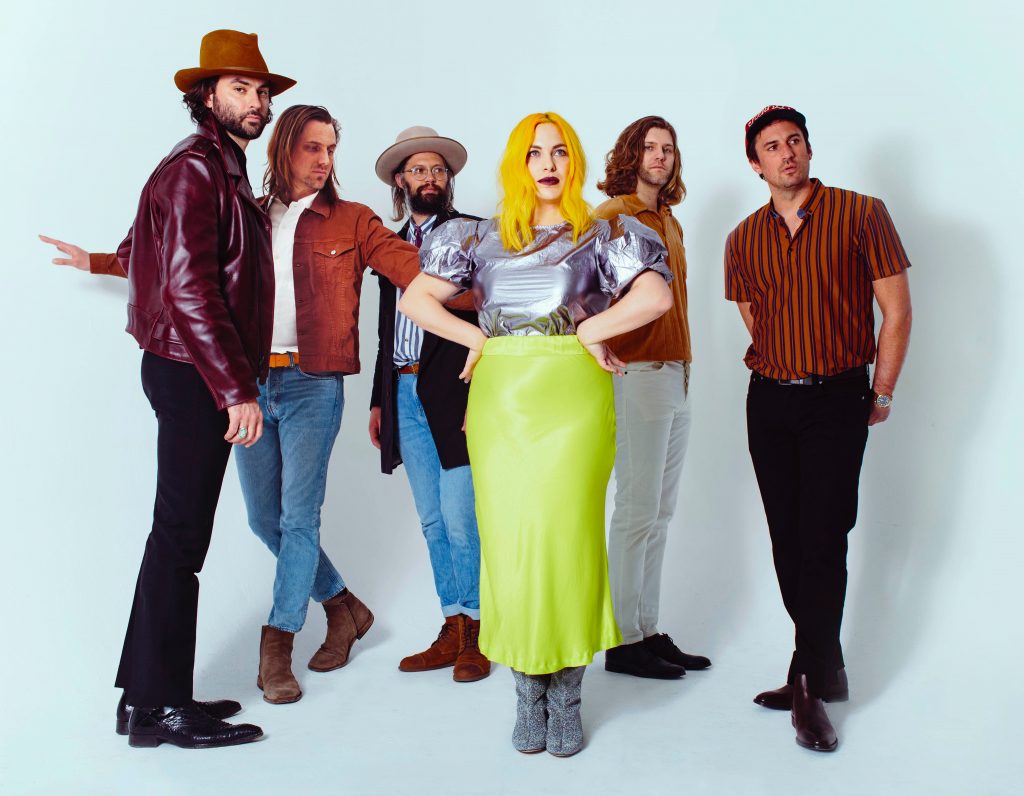 For a long time, blue was my favorite color. I really loved the calming nature of the ocean and the sky and for a while there, it seemed like I was seeing blue everywhere I went. I even had blue-framed glasses.

Throughout the years, I fell out of my blue phase but still have an appreciation for all the blues and hues that I see while I’m exploring this planet along with the rest of you who are reading this.

Folk-rock band The Head and The Heart explore the depths of “Every Shade Of Blue” on the band’s fifth studio album released Friday, April 29, 2022 on Warner Records. The Seattle, Washington-based band has emerged from the pandemic with 16 hopeful tracks that shine a light on the future across nearly 45 minutes.

The album was a collaborative effort produced largely by Jesse Shatkin with the exception of Shadows,” “Don’t Show Your Weakness” and “Love We Make” which were produced by Andrew Sarlo, and John Hill produced the track “Paradigm.”

The album opens with the comforting blanket of orchestral flourishes on the title track, which manages to look back without regret while propelling forward. The track sets the scene for the album, fresh from the pandemic “It’s been a long year, the wrong year,” and trying to figure out what to do next, “I don’t wanna wait to get where we’re going.”

Throughout the tracks, the band shows its softer side, breaks it down into acoustic, lays down some serious rhythm and blues vibes and goes into unabashed punk rock territory.

All of these sounds are equally appealing throughout the album. I get down just like I’m listening to The Weeknd on “Paradigm” and I’m happy to get lost in the soothing nature of the pastoral “Virginia (Wind In The Night).”

Most of all, I love the way The Head and Heart have captured the array of feeling that we humans have been dealing with for the past two years or more.

On “Same Hurt,” the lyrics say upfront “I can’t take the lockdown,” but the track also finds a hopeful note “Therе’s gotta be light at the end for us.”

There are nods and winks to whatever normal life is throughout the 57 minutes, 44 seconds on “Every Shade of Blue.”

The Head and The Heart also pays careful attention to its tracklist and how each of these tracks will land for the listener. It follows up that “Same Hurt” with a healing salve in the chorus on the next track “Tell me it hurts but it goes away.”

I love the honesty on “Love Me Still,” which opens like a poem:

“Stepped on the street,
Asked my friend who doesn’t smoke
Said, “I need a cigarette,” whoops
Not what I meant to say”

There are nuggets of wisdom that are dropped throughout the album, mostly positive and uplifting. The outro on “Shadows” slips into it:

“Gotta keep holding on
Gotta keep growing stronger
Gotta keep moving on
One step in front of the other.”

The album closes with the reassurance of “GTFU” that that while hopes that things will work themselves out, there is a quiet resolve that persists throughout the track:

“I know what you’re going through, but you still got some work to do,
I can’t say, but maybe sometime soon, I’ll make it up to you.”

Ultimately, the track leaves the choice up to the listener to act, “This is not the way this story has to end,” but, “Now you gotta do it.”

With “Every Shade Of Blue,” The Head And The Heart find a winning formula that handles reality with honesty but reassures us that we’re going to be alright if we find the light.

See The Head and The Heart with Jade Bird Saturday, May 28, 2022 at Artpark Amphitheater in Lewiston, New York, Tuesday, May 31 at Beak and Skiff Apple Orchards in LaFayette, New York and Monday, June 6 and Tuesday, June 7 at The Rooftop at Pier 17 in New York City, New York.

Get “Every Shade Of Blue” from The Head and The Heart, Warner Records, Amazon, Apple Music, YouTube Music, Spotify, Tidal, Deezer and Pandora.