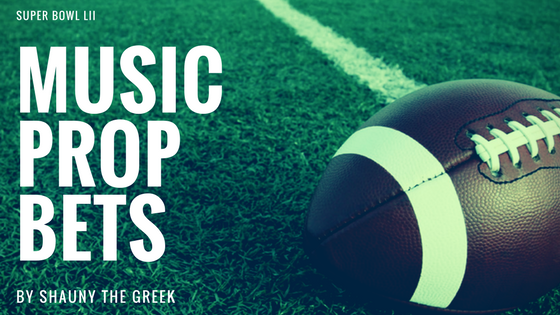 Everyone has their favorite aspect of the Super Bowl. Some people love the commercials while others are all about guacamole. There is a lot to talk about in the musical world before Super Bowl LII since Justin Timberlake will headline the halftime show in Minneapolis. With timing better than an ‘N Sync dance routine, Timberlake’s fifth album “Man of the Woods” was released Friday, Feb. 2.

Since this is the Super Bowl and America, there will be betting. There are a couple of old adages about betting that come to mind – “Never bet on anything that talks” and “never bet on your own team.” Because the Philadelphia Eagles are my favorite football team, I’m hoping the only song I’m singing on Sunday, Feb. 4 is “Fly, Eagles, Fly.”

The betting lines are up thanks to Bovada – and I’m giving you my picks for the Super Bowl LII music prop bets.

How long will it take Pink to sing the national anthem?

The time it will take Pink to sing the national anthem from the moment she sings the first word until she completes saying “brave” for the first time.

I’m going to have to go with the over on this one. Not only did Luke Bryan come in at 2:04 last year but Lady Gaga sang it in two minutes and nine seconds. Pink is an Eagles fan, so that’s worth a couple extra savory seconds.

What color will Pink’s hair be when she starts to sing the national anthem?

Pink is an Eagles fan so green all the way on this one. Lady Gaga went blonde and Luke Bryan was a brunette, so those two are out. Branding is important but Pink was blonde, not pink when she performed in Atlantic City last summer. Interesting to note the bookies stipulate predominant hair color – so maybe Pink will dye her hair a red, white and blue combination just to mess with Vegas.

Will Pink be airborne at any point during her singing the National Anthem?

Will Pink be airborne from first note sang until she finishes saying “Brave” for the first time?

When I first read this, I envisioned Shawn Michaels zip-lining over the crowd at Wrestle Mania XII. Even though Lady Gaga flew to the stage during last year’s halftime show, Pink has to be in the air for the entire performance to win this bet. Typically National Anthem singers stay grounded during the performance, but I’m going with the oddsmakers on this one and say she won’t catch any air.

Will Pink forget or omit a word from the national anthem?

Will Pink forget or omit a word from the national anthem from the moment she sings first note until she finishes saying Brave for the first time?

Maybe Pink will be so stoked about her beloved Philadelphia Eagles being in the Super Bowl that she forgets a word, but I highly doubt it. I also think she is too much of a patriot to omit a word on purpose. I’m going with Vegas on this bet, there is no way Pink drops a word from the National Anthem.

Will Pink say “Eagles” before, during or after she sings the National Anthem?

I love this bet. Pink is an Eagles fan. But, I don’t think that she will anger the Super Bowl Gods by giving one last “Go Eagles” before she leaves the stage. Nor is it possible for her to start an “E-A-G-L-E-S, Eagles!” chant. But, it’s still fun.

Will Pink wear a Philadelphia Eagles shirt or hat while singing the National Anthem?

I honestly don’t see how this is any less likely than Pink saying the word “Eagles” because we would be seeing it the entire time she is on television. There is no way that Pink will wear an Eagles shirt or hat. It’s too obvious.

Will any scoring drive take less time than it takes Pink to sing the national anthem?

Will any scoring drive take less time than it takes Pink to sing the national anthem from the moment she sings the first word until she completes saying “Brave” for the first time?

If I had to guess, I think Pink is going to sing the anthem in 2:05 and with the Eagles defense, I don’t think that Patriots are going to score in the first two minutes. I predict the Eagles will win the coin toss and take the ball in the second half. I’m going with no on this bet.

Who will be shown first on TV during the singing of the National Anthem?

Who will be shown first on TV during the singing of the National Anthem from Pink singing first note until she finishes saying Brave for the first time?

Of course, Tom Brady is going to be shown on TV before Nick Foles. The Eagles are the underdogs and Brady’s legacy is one of the main storylines of this Super Bowl.

How many times will Janet Jackson be mentioned during the broadcast?

How many times will Janet Jackson be mentioned during the broadcast from kickoff until the final whistle? Halftime is included in the broadcast time.

Since this does include the halftime show as part of the bet, I have to think that Janet Jackson is going to be mentioned at least once. But, the National Football League wants to just forget about that even happened and has most likely advised people not to bring it up. I believe she is only going to be mentioned once so I’m taking the under.

Will “Nipplegate” be said during the broadcast?

“Nipplegate,” really? This is a fun idea because at some point during the entire game, someone could possibly drop a “Nipplegate.” But I don’t think it’s likely at all and I’m going with the oddsmakers on this one.

What color will Justin Timberlake’s shoes be when he begins his Halftime show performance?

What will the predominant color of Justin Timberlake’s shoes be when he begins his Halftime show performance?

This should be a bet for Pink. I hope she’s wearing some green shoes with the throwback Eagles wings on the side. I don’t know why but I think black will be the color he goes with. But why isn’t purple an option?

Will Justin Timberlake be wearing a hat when he begins his Halftime show performance?

You know Justin Timberlake is a classy fella. He makes it look so easy but he’s definitely putting a lot of work into this halftime performance. I’m going with him coming out in a black suit with a black hat.

Will Justin Timberlake cover a Prince song during the Halftime show?

I don’t think that the good people of Minneapolis will let him leave U.S. Bank Stadium if he doesn’t cover a Prince song. I’m going bolder and saying he will open his performance with some sort of tribute to Prince or his legendary set during the halftime of Super Bowl XLI.

Will any members from ‘N Sync perform with Justin Timberlake?

You know you want to see Justin get the band back together, right? But I don’t think it’s likely. Here’s why – he just released a solo album and he is about to embark on a major tour in support of “Man of the Woods.” Plus, after his infamous duet with Janet Jackson, he’s not going to risk any outside interference. He is not going to share the stage with any members of ‘N Sync.

As with all content on highnoteblog.com, please don’t take this seriously. This is not done in support of betting, just good, clean red-blooded American fun. If you choose to bet, remember to do so legally and responsibly. If you have a gambling problem, stop reading this blog and go get some help, or double down and split your winning with the guy who gave you the good advice.