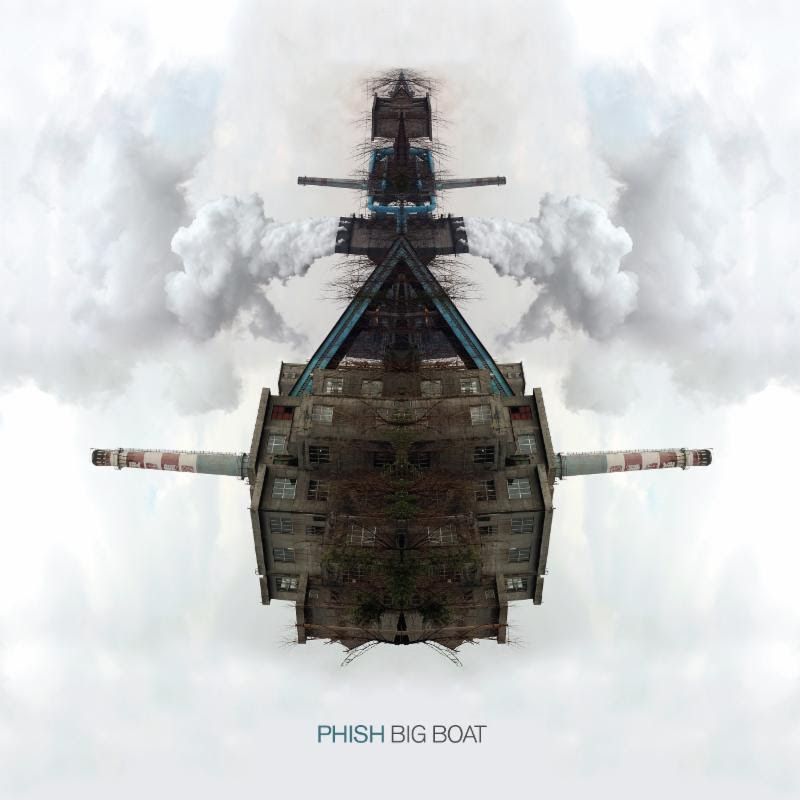 Phish is more than just a band, it is a cultural phenomenon. For 30 years and more than 1,600 captivating live performances, the Vermont-based quartet has thrived comfortably in the shadows of popular music. With its sprawling, spacey jams that seamlessly skirt between brilliant and basic that never seem to be the same, Phish has drawn audiences from across the world and amassed millions of Phishheads.

This legacy was created by the Grateful Dead’s live performances and unique shows that drew fans to travel with the band, and over time they built their own organic community. There are people right now reading this blog who wait until their kids are asleep and pull out a Grateful Dead show they went to 30 years ago, put on the headphones and get transported back in time. Through the powerful memory and audio archive of that concert, they instantly feel decades younger.

Phish formed in 1983 at the University of Vermont and after a couple of years melded into a four-piece rock band led by singer and guitarist Trey Anastasio and surrounded by the equally creative bassist Mike Gordon, drummer Jon Fishman, and Page McConnell on keyboards. With an immediate connection to the Grateful Dead and unbound energy for musical exploration, the band grew a dedicated following for its magnetic community and interactive live performances.

But, as a band known for its live performances, Phish is less known for its albums. Like the Grateful Dead, the band achieved some mainstream success throughout the years with “Down with the Disease” in the mid-90s, had Ben & Jerry’s ice cream name a flavor, “Phish Food” after the band, and hit the charts again with the songs “Heavy Things,” and “First Tube,” from the album “Farmhouse.” The band has even been featured on “The Simpsons” and “South Park.” But also like the Grateful Dead, the grind of the road began to wear on the band members. Phish took a two-year hiatus beginning in 2000, regrouped briefly in 2002 and then officially broke up in 2004 before mounting a sizable and sober comeback beginning 2008. Phish would go on to release its 11th studio album “Joy,” the following year.

But taking that magical interplay created between the four gifted musicians on stage and translating that for an equally entertaining album is an illusion. Like the Grateful Dead loyalists, Phish was one of the first bands to create an online community, that was once a primary source for sharing tapes of the live shows. The forum is still alive and active today and its tone has evolved like much of the internet over the course of the past 20 years. I was at Boardwalk Hall on Oct. 31, 2013, when instead of playing a costume show, or another band’s entire album, Phish decided to dedicate its second of three sets to 12 tracks recorded for the 2014 album “Fuego,” which was then called “Wingsuit.” Fans were not happy with hearing a new Phish album and the band acknowledged the audience’s patience by allowing them to play the new songs.

Since 2008, the band has progressively gotten better. Anastasio, the unofficial leader of the jam band movement, has performed with New York Philharmonic in 2009 and led the Grateful Dead’s “Fare Thee Well” 50th anniversary shows last year. It could be the maturity or the evolution of the band as a collective and its members as individuals, but the band now sounds tighter than it ever has before. While it’s going on 30 years, the band is still known for its live shows that include a parking lot community and elaborate light show in addition to lengthily, improvisational jams. Phish is just not giving anyone a reason to pay attention to its studio output, until now.

Phish has never come closer to capturing the energy, excitement and feeling of its live performances as it has on its latest album, “Big Boat,” released Friday, Oct. 7. With 13 balanced tracks and each of the band members contributing to at least one song, there are elements of funk, rock, psychedelia, bluegrass, folk and jazz scattered throughout the album. That open and assessable approach to the organic songwriting process may indeed be what makes “Big Boat” more of an experience than any other Phish studio album recorded before it.

The band recorded the album at its Vermont studio, The Barn, as well as studios in Nashville, Tennessee and New York City with producer Bob Ezrin, who helmed “Fuego.” According to an interview with the Wall Street Journal, Ezrin asked the band members to learn 10 folk songs then start writing, beginning with a folk song. The sixth track, “Things People Do,” is McConnell’s folk song and the demo recorded on his iPhone in his living room made the final cut of the album.

That organic sense of the band rebuilding its songwriting from the ground up is what makes “Big Boat” one of the best albums of the year. Beginning with Fishman’s “Friends,” there is a sense of openness and freedom that is rarely captured on a studio album. The second track is the reggae-inspired “Breath and Burning” that stands out with its carefree lyrics and bright backing including standout horns and keyboards. McConnell’s “Home,” may be the sleeper track of the album with its deep, bass-fueled breakdowns and spacey bridges.

The first single from the album, “Blaze On” has everything you would want from a Phish song: an upbeat rock beat, memorable lyrics and a catchy hook. It’s accessible for people who aren’t Phish fans and is soon to become a fan favorite with its funky, optimistic groove that proves the band is still having fun with its songwriting. With its ability to bend genres, Phish follows up “Blaze On” with “Tide Turns,” a fantastic homage to 70s rock that sounds like a tripped out, soulful Tom Petty and the Heartbreakers b-side.

“Big Boat” is as much about the excitement of live performances as it is about the life between shows. The band reaches into its personal life for stories about its members have changed throughout the years. Anastasio’s tribute song to his sister, “Miss You,” is an incredibly touching moment on the album that is complimented by the looking-back ballad “Running Out Of Time.” It’s this maturity that has led the band through its latter years on the road and allowed the band to put on some of its best live performances in its three-decade history. However, as the band sings in “More,” “there’s gotta be something more than this.”

The 13-minute epic, “Petrichor,” closes out the album. It’s an intricate composition led by alternating scales in a spacey, prog-rock jam that reaches throughout time to include both elements of past Phish classics, as well as modern aspects of the band’s progression. The strong production of this album is evident on the final track as each layered note can be heard in a clear, delightful music smoothie. It’s a song that Anastasio wrote, arranged and has performed with orchestras. The band sounds excellent throughout the song, but will that translate to a live performance of the four members? At the incredible level they have been playing, I can’t wait to hear it.

Phish is more than just a band – it is an experience. The live show is what converts people who enjoy the ice cream to people who see the band on consecutive nights, who listen to live recordings and will stream the band’s concerts from home during its New Year’s Eve run. If I hadn’t been offered a last-minute free ticket to see Phish in 2009 at the Wells Fargo Center in Philadelphia, I would never be writing this. Prior to that, I maybe listened to four Phish songs my entire life, now I’m eagerly anticipating my eighth show.