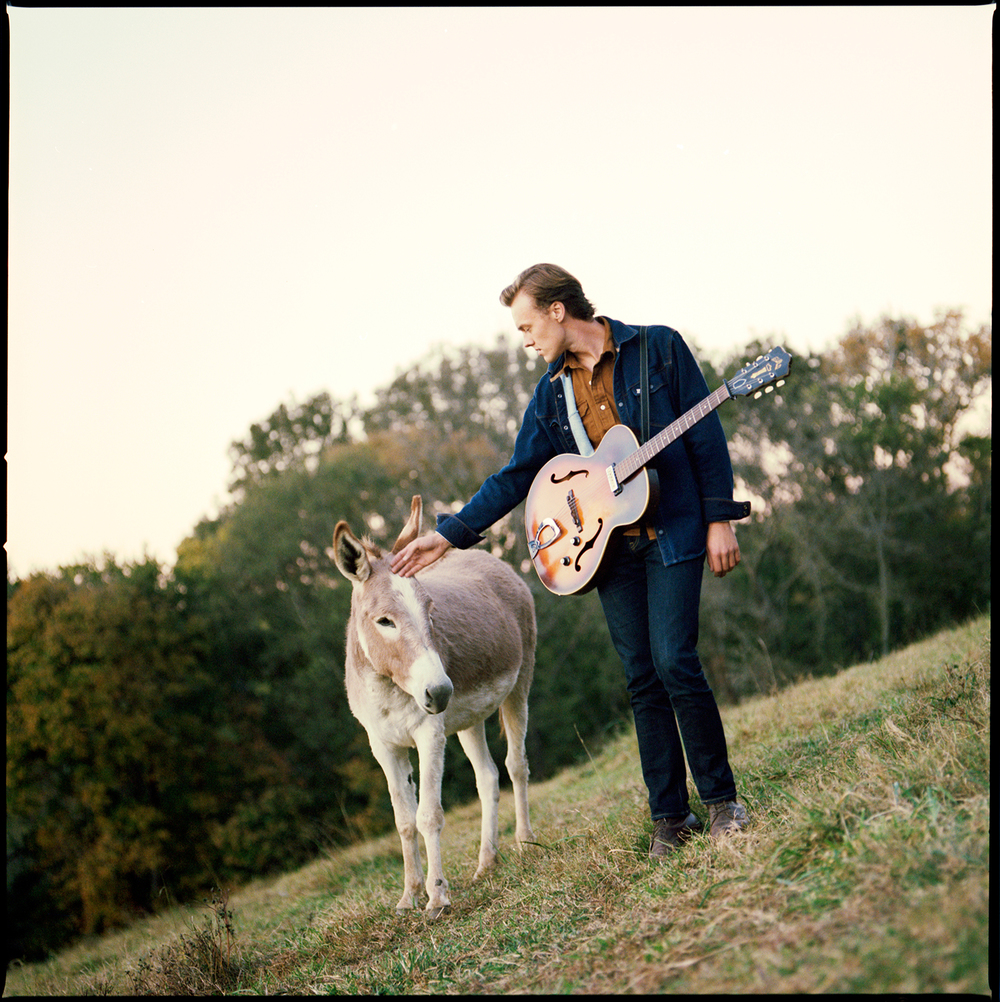 Singer-songwriter Parker Millsap seems like someone who qualifies as an old soul. At the very least he has an old sound. The 23-year-old from Purcell, Oklahoma has conjured up the ghosts of the Delta blues on his latest album “The Very Last Day,” released Friday, March 25. Millsap’s influences go even further back than that with themes from the Bible and Greek mythology popping up throughout the 11 songs on this album – the last of which is a hymn. Deeply rooted in what is referred to as Americana or traditional music, Millsap puts his youthful spirit into each song from rock ’n’ roll energy to quiet notes played on the acoustic guitar. See Parker Millsap Thursday, April 28 at World Cafe Live in Philadelphia, Pa. Get “The Very Last Day” on iTunes, Amazon and Spotify.

Seven is the lucky number for garage rock band White Denim. The Texan band has polished its vintage sound to an Instagram sepia tone on its latest album, “Stiff,” released Friday, March 25. With that retro feel, White Denim drives its rhythms with funk, blues and hints of punk throughout the nine tracks. Listening to the range of tracks from the soulful “Ha Ha Ha Ha (Yeah)” and “Hola You (I’m Psycho) makes “Stiff” sound like it was recorded as an audio tour of a 70s house party with different DJs in each room. See White Denim with Sam Cohen Thursday, April 21 at Union Transfer in Philadelphia Pa. Get “Stiff” on Amazon, iTunes and Spotify.

I don’t blame you if you never heard of the 26-year-old Montana singer-songwriter who goes by HANA. Hana Pestle has collaborated with Grimes and Lana Del Rey and has just released her debut EP produced by a guy named Mike Diamond who is not also known as Mike D. The Atlanta-born singer moved to Los Angeles when she was 17 and has played more than 600 shows to date. Her debut EP “HANA” was released Friday, March 25 via iTunes.

The Thermals – “We Disappear”

Portland-based punk rock trio The Thermals released its seventh album Friday, March 25 – “We Disappear,” via Saddle Creek records. Recorded in the band’s backyard of Portland as well as Seattle, and produced by Chris Walla, formerly of Death Cab for Cutie; “We Disappear” explores themes of love, death and technology and how the latter affects our relationships. Throughout the 10 tracks, The Thermals do not waver in its forcibly punk stance; even after 15 years of recording music together. This album captures the energy and nuance of modern times that is just plain comforting to hear from the punk band. See The Thermals Friday, April 29 at Union Transfer in Philadelphia, Pa. Get “We Disappear” via iTunes, Amazon and Spotify.

Soulful, funky and steaming with swagger, “What I’m Feelin’” is exactly how Anthony Hamilton recorded his latest album released Friday, March 25. Hamilton, who is best known for his 2003 album “Comin’ from Where I’m From,” and for collaborating with Nappy Roots and D’Angelo, displays his finest talents on his ninth studio album. Bursting with sounds of contemporary and exciting R&B, Hamilton isn’t slowing down one bit. Big horns, smooth organs and bluesy guitar riffs aren’t just highlights – they’re standard on “What I’m Feelin.’” The album features the HamilTones on the title track and Hamilton dabbles in sounds from the 80s and from Sunday morning church. See Anthony Hamilton Thursday, April 28 at the New Jersey Performing Arts Center in Newark, New Jersey. Get “What I’m Feelin’” from iTunes, Amazon and Spotify.

Eric Bachmann is a man known for many names. In the 90s he could be heard with the indie rock band Archers Of Loaf, then he released an album of instrumental rock music as Barry Black. Following that, Bachmann was known as Crooked Fingers, the moniker used for all his solo and side projects besides performing with Neko Case on tour. Now Eric Bachmann is standing in the spotlight on his self-titled album released Friday, March 25. The new sound Bachmann has adopted for his true name is comforting, raw and honest. See Eric Bachmann 8 p.m. Friday, April 22 at Johnny Brenda’s in Philadelphia, Pa. Get “Eric Bachmann” from the Merge Records, iTunes and Spotify.

Country music has a new, sweet and honest sound coming from Margo Price. On her debut album “Midwest Farmer’s Daughter” released Friday, March 25 on Third Man Records, which was founded by Jack White. After nearly a decade in Nashville, Tenn., Price is telling those real country stories – like the kind that George Jones and Merle Haggard wrote. Price, a 32-year-old originally from Buffalo Prairie, Ill., is turning heads in the country music industry by telling her tales, mostly stemming from mistakes and heartbreaks, in an honest and convincing style. The multi-instrumentalist singer-songwriter who formally played with the band Buffalo Clover of Nashville is now standing on her own and making country music, her own way. Get “Midwest Farmer’s Daughter” from Third Man Records, iTunes, Amazon and Spotify.
Connect with #TheHighNote on Facebook, Twitter, Google+, Instagram and Pinterest.