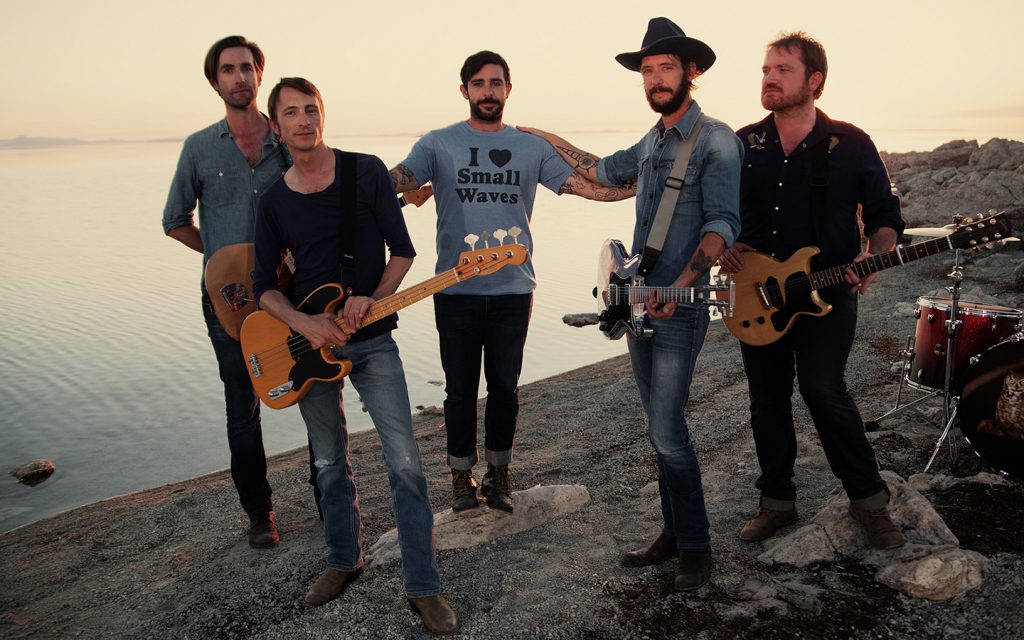 The whole reason I began the High Note Blog was for New Music Friday’s like this one. Today, one of my favorite bands and one of my favorite rappers each released a new album. If I wasn’t researching music each week, I most likely wouldn’t have heard them for weeks, months or even years.
The latter of those two, Apathy, was constantly on rotation throughout my college years and after that, I didn’t even know he had released one of his best albums, “Honkey Kong” until four years after it was released. Don’t let this happen to you my friends – stay up on the High Note to keep music in your life, starting with the new releases for today, Friday, June 10, 2016.

With a decade since the debut of “Everything All The Time” under its weathered leather belt,  Band of Horses released its fifth album “Why Are You OK” Friday, June 10. Led by the singer-songwriter and guitarist Ben Birdwell, Band of Horses is the pinnacle of the indie folk rock lo-fi movement. Produced by Jason Lytle of Grandaddy and executive produced by Rick Rubin, “Why Are You OK” is 50 minutes and 12 songs of fuzzy jams, stark vocals and rock beats. “Whatever, Wherever,” is a super slow warm build that echoes tracks on “Mirage Rock.” Fans of the earlier, more rollicking enjoy songs like “Casual Party.” See Band of Horses Thursday, Sept. 22 as part of the SummerStage Benefit Concert series at Rumsey Playfield in New York City and Saturday, Sept. 24 at The Fillmore in Philadelphia, Pennsylvania. Get “Why Are You OK” from Band of Horses, iTunes, Amazon, Google Play, Spotify and Tidal.

The self-titled King of Connecticut, Apathy, is back with his fifth album of bombastic beats and rhythmic rhymes, “Handshakes With Snakes,” released Friday, June 10. I’ve been an Apathy fan since the 2005 mixtape “Where’s Your Album?” and he’s been so prolific since that time it’s hard to keep track. Between 2014-15, he released three albums, the LP “Connecticut Casual,” the fourth volume of “It’s the Bootleg, Muthafuckas!” – “The Black Lodge,” and the EP “Weekend at the Cape.” It wouldn’t be an Apathy album without Celph Titled’s deep vibrato and he’s featured on “Amon RAW” with a posthumous appearance from Pumpkinhead. With a flow that’s been compared to Big Pun, Apathy’s lyrics are a cross between Common and Scarface and his samples are are always on point. Get “Handshakes With Snakes” from the Demigodz store, iTunes, Amazon, Google Play, Spotify and Tidal.

The duo of Shawn Colvin and Steve Earle are fueling the fire of collaborative folk music with their first album “Colvin & Earle” released Friday, June 10. In the 90s, when Colvin was emerging from the folk scene into mainstream popular culture, she released a cover of Earle’s “Someday,” after first performing together in 1987. Since, they have shared the stage for a number of performances in recent years. Their styles blend together well on the tracks on  “Colvin & Earle.” Songs like “Happy And Free” and “Tell Moses” are fun folk jams with a country vibe which contrast the first single, “You’re Right (I’m Wrong),” which is full of brooding country rock. See Shawn Colvin and Steve Earle Friday, June 10 at City Winery in New York City; Wednesday, July 13 at the 92nd Street Y Buttenweiser Hall in New York City; Wednesday, July 20 at the Bergen PAC in Englewood, New Jersey and at the xponential music festival Friday, July 22  Wiggins Park in Camden, New Jersey. Get “Colvin & Earle” from iTunes, Amazon, Spotify and Tidal.

“Strange Little Birds,” the sixth studio album by Scottish alternative rock band Garbage released Friday, June 10, echoes the shadows of ominous clouds from its homeland. Listening to the second single from this album, “Even Though Our Love Is Doomed,” i’m reminded of the line from Trainspotting – “It’s shite being Scottish!” and I mean that in the best possible way. The follow up to 2012’s “Not Your Kind of People,” Garbage is keeping its principle approach to rock fresh and comes to this album with synergistic zeal. The first single, “Empty,” is singer Shirley Manson at her one of her best recordings to by only the tone and attitude in her voice. With 11 tracks, Garbage fans may be hailing this is the band’s finest work to date while a new generation may have five more albums to fall in love with. See Garbage Wednesday, July 27 at the Starland Ballroom in Sayreville, New Jersey; Saturday, July 30 at The Fillmore in Philadelphia, Pennsylvania and Monday, Aug. 1 as part of the SummerStage Benefit Concert series at Rumsey Playfield in New York City. Get “Strange Little Birds” from Garbage, iTunes, Amazon, Google Play, Spotify and Tidal.

The Temper Trap – “Thick as Thieves”

Australian indie-rock band The Temper Trap release their third album, “Thick as Thieves,” Friday, June 10. With its blend of alternative rock and pop, the band sounds a like The Killers on tracks like “Alive.” After its experimental second, self-titled album, The Temper Trap has returned to its roots of upbeat anthems like “Burn.” “Thick as Thieves” is more of a straight-ahead guitar and drums album and relies less on synthetic sounds. The organic sound is more suited to the band’s U2-style mojo. Of course, those synth sounds pop up on tracks, like “Fall Together,” but it works for that type of head-in-the-clouds song. See The Temper Trap Wednesday, Oct. 5 at the Theatre of Living Arts in Philadelphia, Pennsylvania. Get “Thick as Thieves” from The Temper Trap, iTunes, Amazon, Google Play, Spotify and Tidal.

What can you say about a guy like Eli Paperboy Reed? Inspired by gospel and soul in addition to his R&B roots, Reed draws comparisons to all the great soul singers but he is not a throwback; he captures the modern energetic spirit of today with his powerful voice. The 32-year-old soul singer-songwriter releases his fifth album, “My Way Home,” Friday, June 10. It was record live and raw on a vintage tape machine in a band member’s apartment. Reed’s resourcefulness is apparent as he effortlessly delivers with the power of God on tracks like the album’s opener “Hold Out” and “A Few More Days” The title track is a slower ballad that is reminiscent of the Motown’s glory days. See Eli Paperboy Reed Thursday, June 16 at Union Pool in Brooklyn, New York and Saturday, July 16 at Riis Park Beach Bazaar in Queens, New York. Get “My Way Home” from Yep Roc Records, iTunes, Amazon, Google Play, Spotify and Tidal.