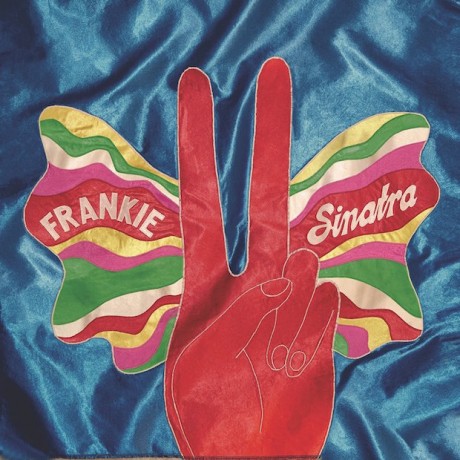 It’s hot in Atlantic City, New Jersey and nothing cools down the summer heatwave like some chill new music to bump in the car with the windows rolled down. Sure you’re sweating – ’cause it’s hot! But everyone else will be sweating your fresh new tunes.
Remember to connect with #TheHighNote on Facebook, Twitter, Google+, Instagram and Pinterest to stay up to date on what’s hot in the music world. You can listen this week’s playlist on Spotify and Tidal.

South Central Los Angeles rapper ScHoolboy Q dropped his most authentic and most mainstream album yet with “Blank Face LP” released Friday, July 8. For his fourth album, ScHoolboy Q kept it hyper-local focusing on his neighborhood and stories behind real-life issues for him. Team that up with a modern hip-hop, sticky beats and a single featuring Kanye West and you have a solid record with a bit of everything. ScHoolboy Q is up front with his local love from the single and short film “By Any Means” and that emotion is present in every song. In addition to “THat Part” featuring Kanye West, the album includes appearances from Vince Staples, SZA, Jadakiss, Miguel and Tha Dogg Pound in addition to production from The Alchemist and Swizz Beatz among others. See ScHoolboy Q Tuesday, July 11 at the Highline Ballroom in New York City. Get “Blank Face LP” from iTunes, Amazon, Google Play, Spotify and Tidal.

Inter Arma is making death-metal sound beautiful on the Richmond, Virginia-based band’s third album, “Paradise Gallows,” released Friday, July 8. From the harmonious guitar scales on the second track, “Archer In The Emptiness,” the members of Inter Arma are loving every note of the 71-minute sprawling album that dabbles in progressive rock, heavy metal, post-metal and some of the heaviest sounds imaginable by man. The darkness, like the album cover art, is artistic and focuses on complex rhythms while progressively wading into some avant-garde and psychedelic territory. Both lyrically and sonically, “Paradise Gallows” will be a delight for heavy metal fans. See Inter Arma today – Friday, July 8, with Pyrrho, and Coagulate at Saint Vitus in Brooklyn, New York. Get “Paradise Gallows” from Relapse Records, iTunes, Amazon, Bandcamp, Spotify and Tidal.

It’s been 16 years since Australian electronic music duo The Avalanches released their debut that would go on to become a cult classic. Since then, the band has recorded dozens of songs to get to the 22 tracks on The Avalanches sophomore album, “Wildflower,” released Friday, July 8. From the first single, “Frankie Sinatra,” the album takes a strange journey through the Australian bushland that includes pits stops in the genres of electronic, reggae, dubstep, hip-hop, disco, rock and psychedelic. It’s an ambitious trip that includes guest appearances from Danny Brown, Toro y Moi, Biz Markie, Ariel Pink, Warren Ellis and Father John Misty. The album is an ambitious electronic “Sgt. Pepper’s Lonely Hearts Club Band,” if you will, and should shake up the genre. At the very least, it may be your favorite summertime party jam record. Get “Wildflower” from The Avalanches, iTunes, Amazon, Google Play and Tidal.

Irish electronic artist Aphex Twin gets slow and trippy on his seventh album, “Cheetah,” an EP released Friday, July 8. Richard D. James uses this short sample of seven tracks to show that he is still the master of the bleeps and bloops. Tracks like “CIRKLON3 [Колхозная mix]” are synthesized gold for electronic fans. Get Cheetah from Bleep, iTunes, Amazon and Spotify.