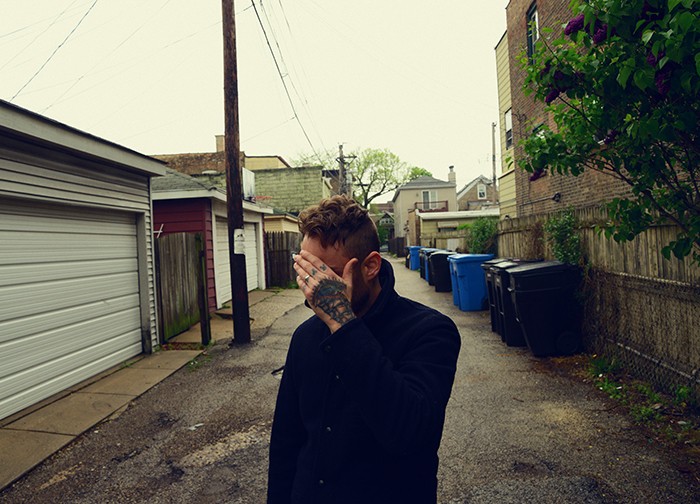 Each week, The High Note Blog sets out on a journey to find the best new music of the week. Sometimes, that path circles back home, like this week, when two bands representing The Garden State release new albums. In addition, the best new music released Friday, July 29, 2016 includes a look back at a punk rock legacy, a new electronic artist and  the journey sometimes circles back around to home. This week we take a look at two albums debuting Friday, July 29, 2016 that are representing The Garden State and a few others that are making their mark on the music world.
Connect with #TheHighNote on Facebook, Twitter, Google+, Instagram and Pinterest. Check out this week’s new tunes on the Spotify and Tidal playlists.

British electronic singer-songwriter NAO mashes up vintage-sounding jazz, funk and soul on her debut album, “For All We Know,” released Friday, July 29.
Sounding mature and positive at 27 years old, NAO is deeply influenced by the popular R&B of the 80s and 90s with deep funky bass lines punctuated by snaps and stops. After releasing the popular singles “Girlfriend,” “Bad Blood,” and “Fool To Love,” NAO has already developed a following due to her diverse and personal style.
NAO doesn’t only just sing, she emotes all these feeling on each song to create tightly packaged stories that are compelling and fun. Besides taking the title from a 30s-era jazz song, NAO’s not afraid be unique in her style and displays her adventurous spirit throughout the 18 tracks on “For All We Know.”
See NAO Wednesday, Sept. 14 at the Music Hall of Williamsburg in Brooklyn, New York. Get “For All We Know” from iTunes, Amazon, Google Play, Spotify and Tidal.

Chicago singer-songwriter Owen released his eighth and most personal album to date, “The King Of Whys” on Friday, July 29.
Mike Kinsella, known for his work with American Football, Cap’n Jazz and Owls, performs under the moniker Owen to create an artistically-driven vision of songwriting that uses raw, biting lyrics.
“The King Of Whys,” is the pinnacle of Owen records, pulling together the best aspects from his previous albums and polishing them into 10 tight tracks. “Lost,” the last track on the album and the first single, is reminiscent of the quiet Owen records like “At Home With Owen.”
The song “Settled Down” represents the songwriter’s lifestyle over the past eight years and plays out over sweeping instrumentals and an upbeat, jammy stylization of the Owen’s past work.
See Owen Friday, Sept. 16 at Rough Trade NYC in Brooklyn, New York and Saturday, Sept. 17 at PhillaMOCA at the Philadelphia Mausoleum of Contemporary Art in Philadelphia, Pennsylvania. Get “King of Whys” from Polyvinyl Records, Bandcamp, iTunes, Amazon, Google Play, Spotify and Tidal.

New Jersey’s own The Bouncing Souls are back with a new drummer, George Rebelo for the band’s 10th album, “Simplicity,” released Friday, July 29.
At this point, The Bouncing Souls are punk rock legends in The Garden State with nearly three decades under their studded-leather belts. The band’s first four albums span arguably one of the best five-year streaks from any collection of New Jerseyians.
Rebelo, known for his role with Hot Water Music and Against Me!, is the band’s third drummer since its inception and he takes the sticks with command of light-hearted punk rock anthems like “Satellite.”
At 13 tracks, the modern Souls of the past 15 years have lightened up quite a bit, but the band still proves it can make new, fist-pumping, moshing songs like “I Wanna Be Bored,” and “Writing On The Wall.” Sure, we’re all getting a little little older but The Bouncing Souls make summer sound young again. The sound on “Simplicity” is the best they’ve had in years; not overproduced and the band is certainly back with a renewed spirit.
See The Bouncing Souls today, Friday, July 28 at The Bouncing Souls Stoked For The Summer at The Stone Pony in Asbury Park, New Jersey. Get “Simplicity” from iTunes, Amazon, Google Play, Spotify and Tidal.

Montclair, New Jersey-based progressive alternative rock band, Thank You Scientist, wades into into weird territory on its sophomore album “Stranger Heads Prevail,” released Friday, July 29.
The septet does get strange throughout the 11 tracks with the awesome “Rube Goldberg Variations,” among other sprawling tracks.
The band’s fusion of jazz, rock, jam and alternative rock sounds allows its members to explore unparalleled musical territory. So things go into the realm of extraordinary, in a beautiful-sounding way on “Mr. Invisible,” which even has a bit of a pop feel in a throwback, 80s, swagger.
The same spirit emerges on “Blue Automatic.” There are many great moments on this album that are furious and calculated like “The Amateur Arsonist’s Handbook.”
See Thank You Scientist with Haken 8 p.m. Wednesday, Sept. 7 at The Foundry at The Fillmore Philadelphia.  Get “Stranger Heads Prevail” from Evil Ink Records, iTunes, Amazon, Google Play and Spotify.

Perennial punk rock band Descendents are back as tight as ever on the band’s first album in more than a decade, “Hypercaffium Spazzinate,” released Friday, July 29.
The California-based band was a tremendous influence on punk rock of the 90s and beyond by tapping into a teenage angst and speaking directly to that audience.
Its members have been together since the late 1980s and led a punk rock charge until taking an on-again, off-again hiatus since 2004’s “Cool to Be You.” Over the decades, the band’s style has shifted gradually from a more hardcore-based style to a more skater, pop style that evolved into short, passionate songs with chunky guitar riffs and smart songwriting.
At 21 tracks and a little more than 30 minutes, “Hypercaffium Spazzinate” shows the band hasn’t lost its edge and they promise to bring exciting live performances as they have for decades.
See Descendents 7 p.m. Saturday, Oct. 8 at Playstation Theatre in New York City and Thursday, Oct. 13 at the Electric Factory in Philadelphia, Pennsylvania. Get “Hypercaffium Spazzinate” from Epitaph Records, iTunes, Amazon, Google Play, Spotify and Tidal.