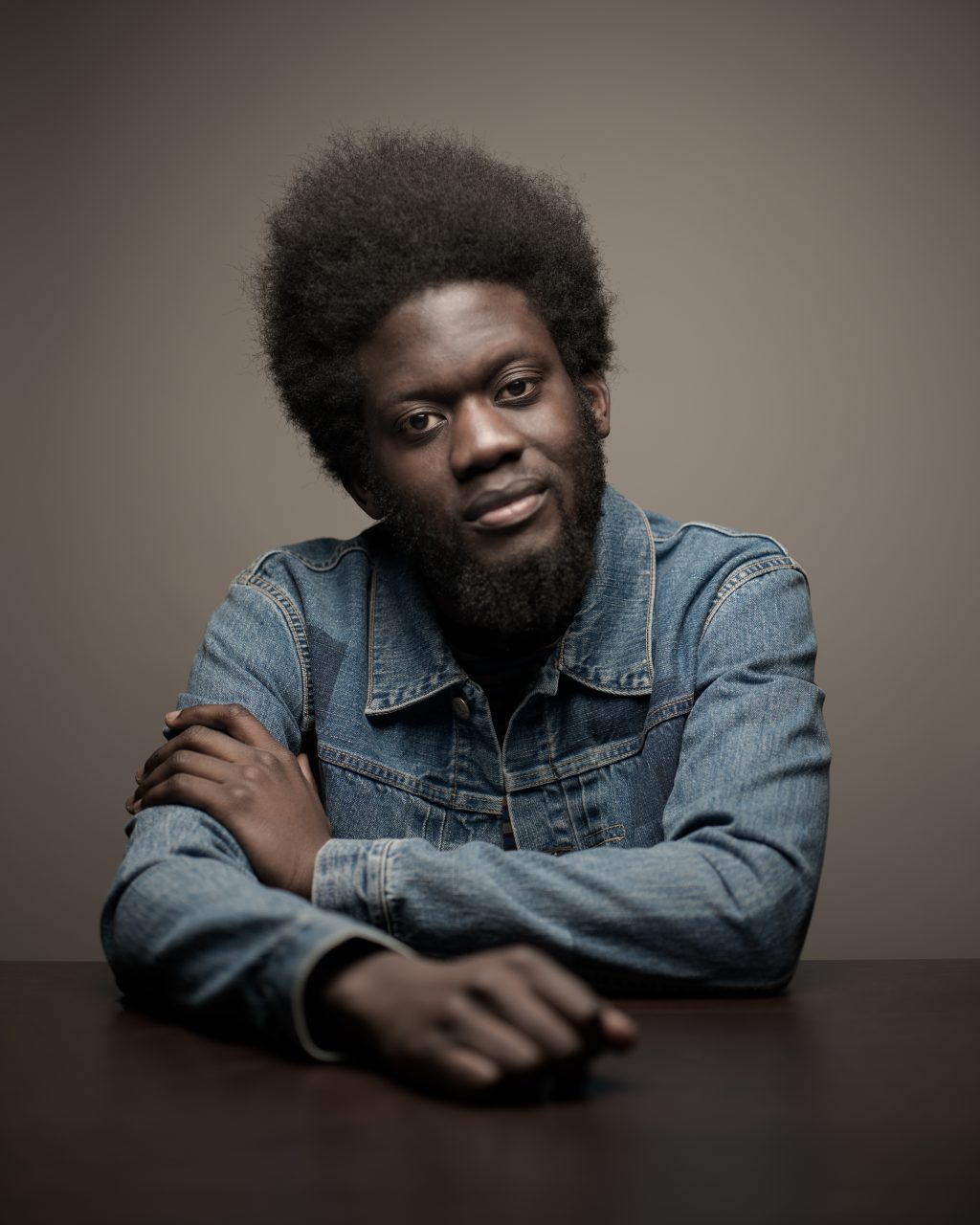 Hot new tunes are coming at you from longtime members of bands striking it out on their own and this week we discover one of the best albums of the year.
Connect with #TheHighNote on Facebook, Twitter, Google+, Instagram and Pinterest to connect socially.
Listen to this week’s playlist curated by The High Note on Spotify and Tidal.

Amanda And Jack Palmer – “You Got Me Singing”

Amanda Palmer, singer-songwriter and former member of the The Dresden Dolls, has teamed up with her father Jack Palmer for a touching collaboration of cover songs “You Got Me Singing,” released Friday, July 15. What Palmer has been calling “The Dad Record” is an example of the powerful bond that music can have between father and daughter.
On these 12 songs, which range from covers of Phil Ochs’ “In the Heat of the Summer,” Sinead O’Connor’s “Black Boys on Mopeds,” to the Leonard Cohen song which lends its name to the album title; Palmer plays guitar, piano, ukulele and sings delicately to beautifully match her father’s sweet baritone voice.
The 72-year-old who has sung at the Washington National Cathedral in Washington, D.C. shows off his best Johnny Cash moment on “1952 Vincent Black Lightning,” a cover of the Richard Thompson song. That’s not to be confused with the Vincent Black Shadow that Hunter S. Thompson loved so much, but the elder Palmer sings with the same passion that Thompson wrote about motorcycles. Even the album cover is a nice throwback to Bob Dylan’s “Bringing It All Back Home.”
See Amanda and Jack Palmer with Thor and Friends 7 p.m. Tuesday, July 19 and Wednesday, July 20 at Le Poisson Rouge in New York City. Get “You Got Me Singing” from Amanda Palmer via Patreon and on iTunes, Amazon, Spotify, and Tidal.

Legendary guitarist Jeff Beck is making a statement with his 11th studio album, “Loud Hailer,” released Friday, July 15. At 72 years old, Beck doesn’t have anything left to prove but wants to tell the world what he thinks about modern politics and culture, and also does so with his searing guitar licks.
With Carmen Vandenberg on rhythm guitar singer Rosie Bones, Davide Sollazzi on drums and bassist Giovanni Pallotti, Beck’s latest album is influenced nearly as much from modern times musically, as it is lyrically.
Beck, who is now regarded as a classic guitarist, has always been revolutionary in his playing style back from his days as a session guitarist and member of the Yardbirds, replacing Eric Clapton, before forming a series of bands. From the first track of “Loud Hailer,” “The Revolution Will Televised,” the album takes a loose-around-the-edges approach to rock.
Songs are flavored with punk, r&b, stripped down modern blues rock a la The Black Keys on “Live In The Dark,” and you’ll hear some electronic influences on the instrumental “Pull It.” At 11 tracks, the album is solid from start to finish and I expect the English guitarist to receive at least one Grammy nomination for this album.
See Jeff Beck on tour with another one of the best guitarists ever, Buddy Guy: Wednesday, July 20 at Madison Square Garden in New York City; Saturday, July 23 at The Borgata in Atlantic City, New Jersey and Tuesday, July 26 at PNC Bank Arts Center in Holmdel, New Jersey. Get “Loud Hailer” from iTunes, Amazon, Google Play, Spotify and Tidal.

Steven Tyler – “We’re All Somebody From Somewhere”

Best known for belting out rock anthems with Aerosmith, Steven Tyler has immersed himself in Nashville for his first solo record, “We’re All Somebody From Somewhere,” released Friday, July 15. Tyler’s raspy tenor and simple lyrics lend well to the country twang, bright horns and funky drums that are span the 13 new tracks plus covers of Aerosmith’s “Janie’s Got A Gun” and “Piece Of My Heart,” made popular by Big Brother and the Holding Company.
Tyler, who has been a collaborative force as his Boston band’s frontman for the better part of 40 years, teamed up with producers T Bone Burnett and Dann Huff and shares songwriting credits with Eric Paslay,  the Warren Brothers, Hillary Lindsey and Rhett Atkin. Although the thought of Tyler recording country music alone sounds unappealing, he has embraced the modern country pop sound and it works really well.
The album isn’t just listenable, it’s pretty good and gives Aerosmith fans something to listen to in advance of the band’s upcoming farewell tour.
See Steven Tyler on his … Out On A Limb tour Wednesday, Sept. 7 at the Tower Theatre in Upper Darby, Pennsylvania. Get “We’re All Somebody From Somewhere” from iTunes, Amazon, Google Play, Spotify and Tidal.

Nothing is cooler on a hot summer day than the sweet soulful sounds of Michael Kiwanuka on his latest album, “Love & Hate,” released Friday, July 15.
The British singer-songwriter’s sophomore release isn’t all sweet; Kiwanuka is honest and upfront with the tension of the album on the second track, “Black Man in a White World,” and lets that feeling fuel all 10 moody tracks.
Under the direction of producer Danger Mouse, Kiwanuka achieves a very vintage and authentic sound that resonates with his words. The epic title track “Love & Hate” builds with a bit of dirty distortion and pops that paint the scenery for his story.
Throughout the album, which features two songs that reach the 7-minute mark and the opening track is just under 10 minutes, Kiwanuka sounds almost pained to sing these words, at times barely letting them escape his lips and then letting his guitar loose to create the perfect emotion. “Love & Hate” is one of the best albums of 2016 released to date.
Get “Love & Hate” from Universal Music, iTunes, Amazon, Google Play, Spotify and Tidal.

R&B singer Aaron Neville brings the funk and soul on his 17th studio album, “Apache” released Friday, July 15.
Neville, the 75-year-old former member of the legendary group The Neville Brothers, may sound a little bit older than he did nearly five decades ago when he debuted, but his energy is still purely enchanting.
With the Creole influence that runs through New Orleans native, there are bursts of brass throughout the 11 tracks and deep funky rhythms provided in part by the Dap-Kings.
Neville stays true to his form by incorporating influences of gospel and doo-wop music and he also does a fair amount of looking back on songs like “Make Your Momma Cry.” Classic tracks like “Orchard In The Storm,” which lends its name from his 1986 album and “Stompin’ Ground” are two of the standouts on the record.
See the Aaron Neville Quintet for a 75th Birthday Concert Celebrating the 50th Anniversary of “Tell It Like It Is” Thursday, Aug. 4 at the Apollo Theater in New York City and Saturday, Aug. 6 at Golden Nugget in Atlantic City, New Jersey.
Get “Apache,” from iTunes, Amazon, Spotify and Tidal.