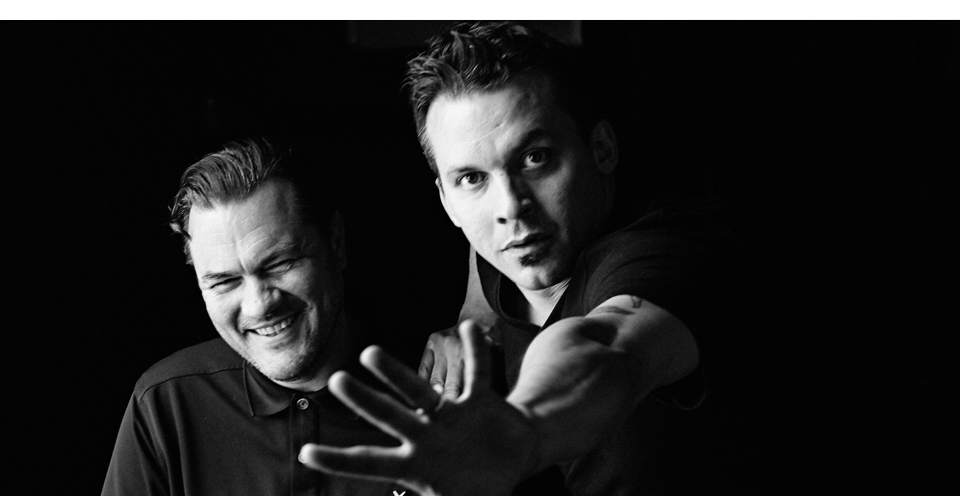 The High Note is getting spacey with its picks for new music releases Friday, Aug. 12, 2016. I never really loved progressive rock but lately, it’s found me and for at least the second consecutive week, there’s prog rock album on my list for best releases.
This week The High Note podcast launched on Stitcher and is coming soon to iTunes, TuneIn and probably where you get your podcasts.
As always, you can connect with #TheHighNote
on Facebook, Twitter, Google+, Instagram and Pinterest. Listen to this week’s new tunes on the Spotify and Tidal playlists.

Minneapolis hip-hop duo Atmosphere released their seventh studio album, “Fishing Blues,” on Friday, Aug. 12.
Ant the producer and Slug the rapper have been making consistently influential beats for more than 20 years and always manage to stay relevant in the tumultuous rap industry.
Consisting of 18 tracks, “Fishing Blues,” puts the boys back on the top of their game with appearances from DOOM and Kool Keith on “When The Lights Go Out,” and Aesop Rock on “Chasing New York.”
On the first single, “Ringo,” the band sounds as upbeat, positive and downright cheerful. This album has chill beats, tight lyrics and a smooth delivery perfect for sweating out the summer heat.
See Atmosphere on the Freshwater Fly Fishermen Tour with deM atlaS, Brother Ali, Plain Ole Bill and Last Word Friday, Nov. 11 at the Theater Of Living Arts in Philadelphia, Pennsylvania; Monday, Nov. 14 at the 9:30 Club in Washington D.C., and Tuesday, Nov. 15 at Webster Hall in New York City.
Get “Fishing Blues” from Bandcamp, Fifth Element, iTunes, Amazon, Google Play, Spotify and Tidal.

Psychedelic rock band Of Montreal have released its most accessible and chilled-out album to date with “Innocence Reaches.”
Playing up the synth-pop sounds and flamboyant glam-rock style, the band’s 14th album released Friday, Aug. 12 is full of retro sounds that range from influences by the Rolling Stones, The Beatles and Beach Boys with a symphonic modern interpretation.
The first single from the album, “It’s Different For Girls,” is Kevin Barnes at his most creative and witty while pulling the best from vintage hits to make his point. “Innocence Reaches is a fun, funky and danceable 12 tracks that are the most mainstream to date.
See Of Montreal Wednesday, Sept. 7 at the 9:30 Club in Washington, D.C.; Thursday, Sept. 8 at Union Transfer in Philadelphia, Pennsylvania and Friday, Sept. 9 at Webster Hall in New York City.
Get “Innocence Reaches” from Polyvinyl Records, Bandcamp, iTunes, Amazon, Google Play, Spotify and Tidal.

Young the Giant – “Home of the Strange”

California-based indie-rock band Young the Giant uses its upbeat sounds to show modern culture through a jaded lens on “Home of the Strange,” released Friday, Aug. 12.
The band’s third album is full of swirling guitar riffs, light electronic notes and indie edge felt on “Something To Believe In.” The band sounds as though it has earned an edge to its sound. Young the Giant has the freedom to play up some electronic and funky bass notes on the title track that sets up the song in a way that sucks listeners into the lyrics.
Young the Giant has sold out two of its three shows, with tickets still available for Wednesday, Sept. 14 at the 9:30 Club in Washington, D.C.; Friday, Sept. 16 at The Fillmore in Philadelphia, Pennsylvania and Saturday, Sept. 17 at Radio City Music Hall in New York City.
Get “Home of the Strange” from Young the Giant, iTunes, Amazon, Google Play, Spotify and Tidal.

The Pineapple Thief – “Your Wilderness”

English progressive-rock band The Pineapple Thief created an incredibly open and thought-provoking album with “Your Wilderness,” released Friday, Aug. 12.
From the opening track, “In Exile,” the most striking aspect of the band’s 11th album is the sharp drumming from Gavin Harrison, who contributed throughout the album and also produced and engineered the sound in his personal studio.
With progressive and classic rock roots, The Pineapple Thief exhibit precise musicianship that doesn’t sound at all sloppy through a loose performance that ebbs and flows throughout the eight tracks.
The album is a concept, about which songwriter Bruce Soord won’t divulge saying the concept should reveal itself to the listener, and with spacey, wide-open notes and thunderous riffs and fills puts the tracks in a natural setting.
Get “Your Wilderness” from Kscope Records, iTunes, Amazon, Google Play, Spotify and Tidal.