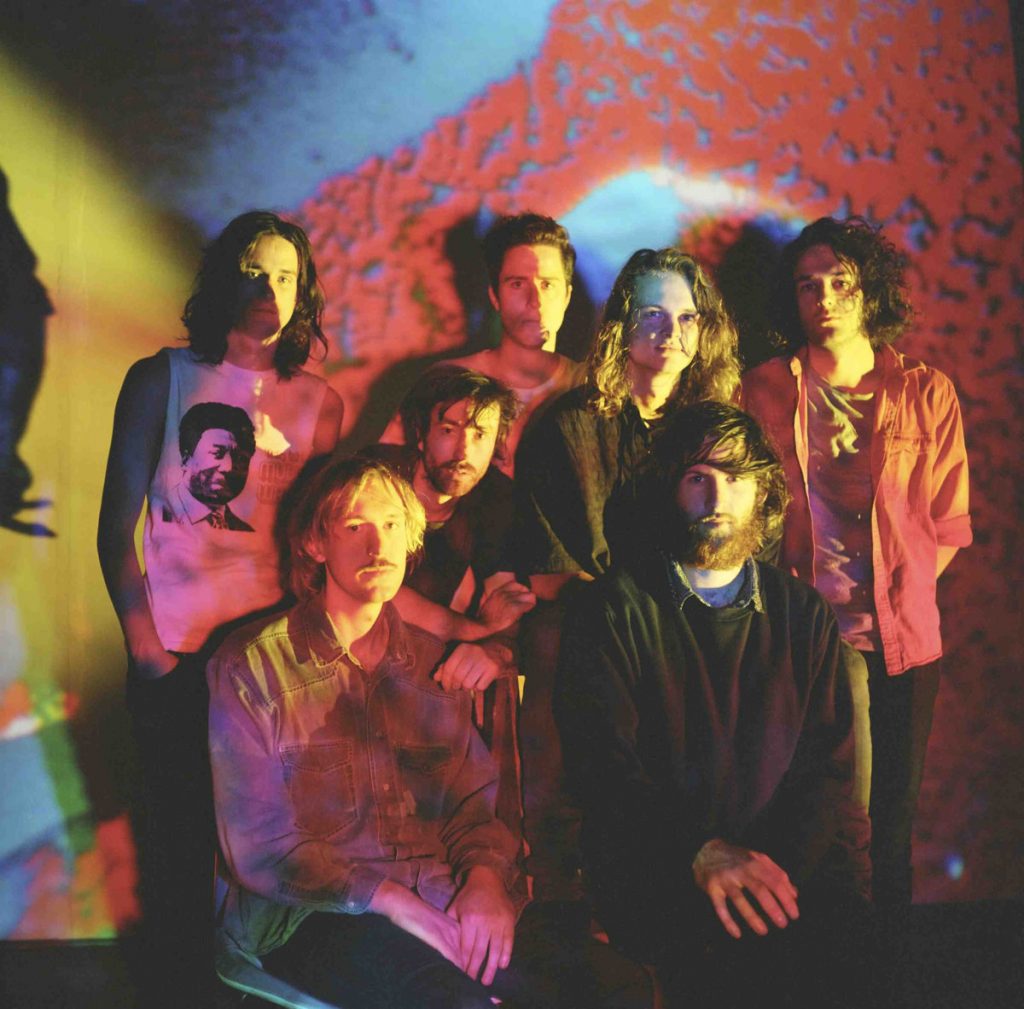 Electronic artist Brian Eno released his 10th ambient sound installation album, “The Ship” Friday, April 29. On “The Ship,” the 20-minute title track takes listeners down a path of synths whitewashing the audio landscape. On his website, Eno said, “The piece started as an ambient work intended for a multi channel sound installation in Stockholm, but during the making of it I discovered that I could now sing a low C – which happens to be the root note of the piece. Getting older does have a few fringe benefits after all. From that point the work turned into an unusual kind of song… a type I’ve never made before where the vocal floats free, untethered to a rhythmic grid of any kind.” Get “The Ship” from Brian Eno, iTunes, Amazon and Spotify.

Less Than Jake – “Live from Astoria”

Ska-punk band Less Than Jake released “Live from Astoria” Friday, April 29; a recording a show recorded 15 years prior during a three-day run at the Astoria Theatre in London. Seeing a live Less Than Jake show is a special experience and incredible to witness. When this album was recorded, I was listening to Less Than Jake as the band was coming off of, what was  my introduction to the band, “Borders & Boundaries.” Including songs like “Look What Happened,” “All My Best Friends Are Metalheads” and an encore of “Gainesville Rock City,” “Live from Astoria” captures the youthful spirit of the summer of 2001. See Less Than Jake at Friday, July 8 on the Vans Warped Tour at BB&T Pavilion in Camden, NJ. Get “Live from Astoria” from Rude Records and Amazon.

In the age of digital music, most albums are available for streaming prior to release. Aesop Rock decided put the 15 tracks of his latest album, “The Impossible Kid,” to a shot-for-shot remake of “The Shining” directed by Rob Shaw, and stream it on YouTube to stream prior to its April 29. The Portland-based rapper’s seventh studio album may be his most personal to date. Aesop Rock maintains his signature flow but isn’t hiding the meaning of his words behind cryptographic lyrics; he’s basically telling us how he feels. See Aesop Rock with Rob Sonic and DJ Zone, Homeboy Sandman and DJ Sosa Saturday, June 11 at Union Transfer in Philadelphia, Pa. Get “The Impossible Kid” from Fifth Element, iTunes, Amazon and Spotify.

The High Note loves a good pun, and a good album; Rogue Wave delivers on both with “Delusions Of Grand Fur,” its latest album released Friday, April 29. The California-based quartet’s sixth album is full of its lo-fi indie rock greatness. One of my favorite aspects of “Delusions Of Grand Fur” was the vast difference between its folky-sounding songs, sun-soaked California harmonies and electronic synths. At times, the band explores its influences of electronic dance music and hip-hop while staying within its warm sonic comfort zone. See Rogue Wave with Hey Marseilles Sunday, May 15 at Johnny Brenda’s in Philadelphia, Pa. Get “Delusions Of Grand Fur” from Easy Sound, iTunes, Amazon and Spotify.

The Ontario, Canada-based rock band Say Yes releases its debut full-length album “Real Life Trash Mag” Friday, April 29. Comprised of members of Alexisonfire and Saint Alvia, the band has a punk rock attitude and a classic rock vibe. With a catchy hook on its first single, “Once Forward, Twice Back” and driving guitar riffs throughout the album, the band shows its passion for intensity and talent in songwriting. The trio may have an old school sound but its energy is fitting for 2016. Tracks like “You’re Mine,” shows how the band can blend a classic soul and high-volume rock ‘n’ roll. Get “Real Life Trash Mag” from Dine Alone Records, iTunes, Amazon and Spotify.

The first collaborative record between Ensemble Dal Niente and Deerhoof, “Balter / Saunier” was released today, Friday, April, 29. The Chicago-based contemporary classical music collective and the California-based rock band team up for on “Balter / Saunie,r” featuring arrangements by Deerhoof drummer Greg Saunier and Brazilian composer Marcos Balter. The album is broken down into two parts; “meltDown Upshot” by Balter, a 7-part piece of jazz, pop and avant garde music; and “The Deerhoof Chamber Variations,” in which Dal Niente uses Deerhoof songs as its source material. The later spawns directly from a 2012 set that sparked this mashup. Get “Balter / Saunier” from iTunes, Amazon, Bandcamp and Spotify.