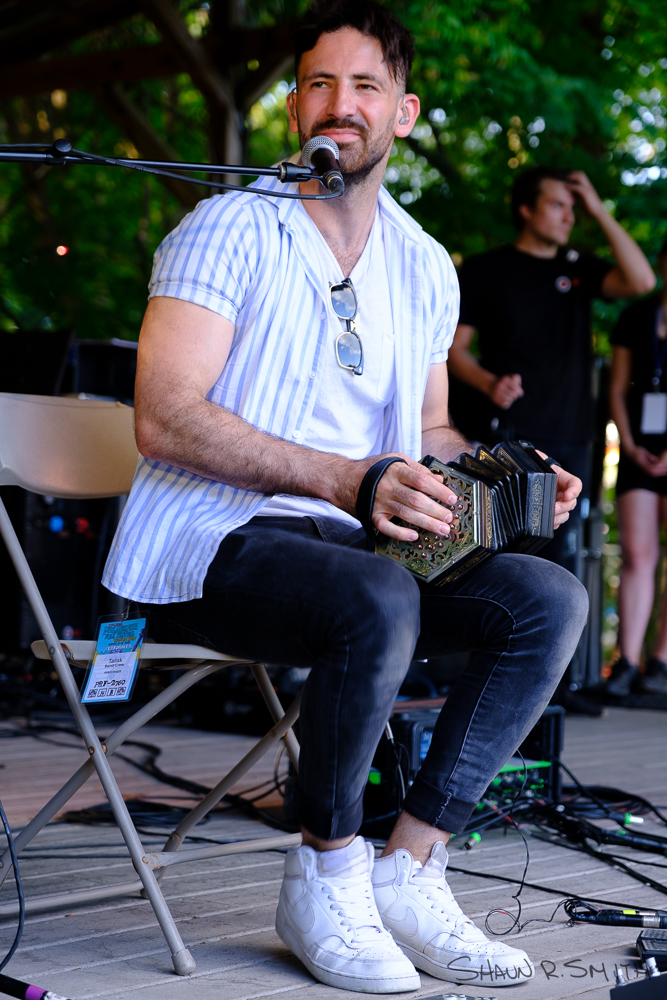 Mohsen Amini is probably the best concertina player you have ever heard. I met him as co-founder of the multi-award-winning Celtic trio Talisk, based out of his hometown of Glasgow, Scotland.

Amini talks about his adventures since we last spoke last at the 60th annual Philadelphia Folk Festival including his tour with Talisk and Ímar, jamming with his friends, getting ready for the band’s performance at Celtic Connections in Glasgow and the 2023 Talisk world tour which includes stops in Philadelphia and New York City.

See Talisk Sunday, Feb. 19 at the Ardmore Music Hall in Ardmore, Pennsylvania and Monday, Feb. 20 at City Winery in New York City and see all the band’s tour dates here.