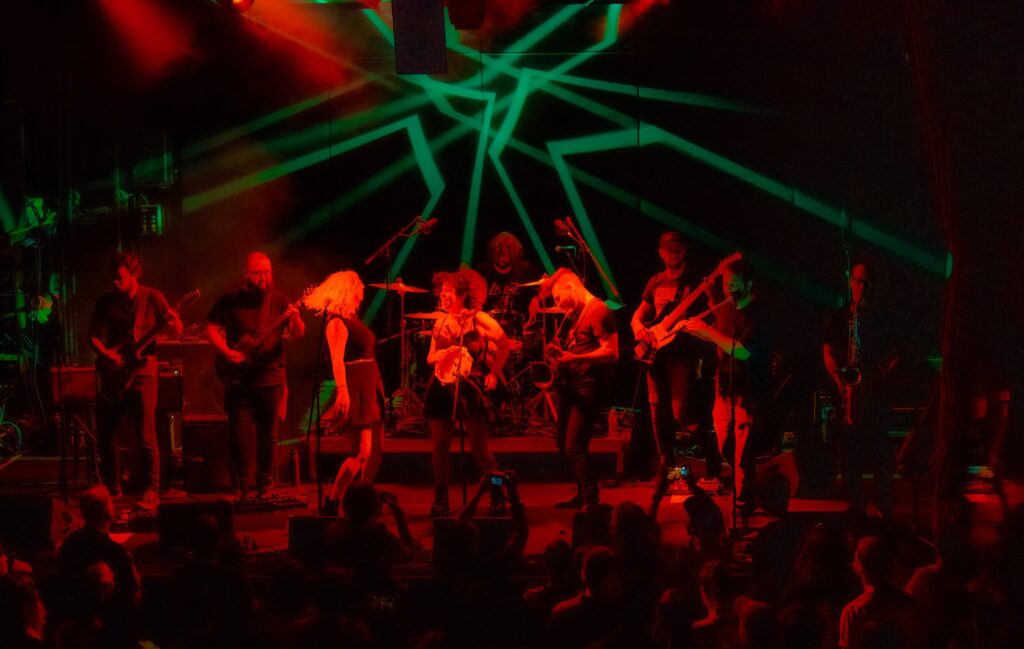 Coming off of Halloween yesterday and today being the Day of the Dead and All Souls’ Day in the Catholic religion, it’s fitting that I would be reviewing a band called Ghost Funk Orchestra for The High Note this week.

It opens with the band’s signature sound inspired by the 1960s psychedelic jazz, funk, rock, and fusion bands thrown together in a jam orchestrated by founder, bandleader and guitarist Seth Applebaum. After the introduction, the band bleeds into “Your Man’s No Good,” which shows off the brass, especially the trombone that effortlessly slides out the song.

The track begins with heavy organ and drums making the first 50 seconds fit for the introduction to this swinging 1960s soundtrack that carries on for 40 minutes and 9 seconds of “A New Kind Of Love.”

Once the track shifts gears into a groove as singers Romi Hanoch and Megan Mancini deliver the refrain with the power of making “Your Man’s No Good” a feminist anthem while the trombone and guitar have a way of stretching the song into another dimension.

The intro to “Scatter” captures the live essence of the tentet the way it picks up and drops off the energy of the song as the band works together with the power of a wave to carry the track anywhere it wants.

The band gels on “Prism,” a methodical jam that is punctuated by whimsical vocals of Hanoch and Mancini and also for the extended jam for “A New Kind Of Love (pt. 1).”

I picked up on different instruments and followed them down an interesting path each time I listened to “A New Kind Of Love.” “Why” progressively gets deeper as it goes on and the flute solo that ends “Blockhead” channels some Ian Anderson.

The band draws from some salsa and Latin jazz influences on “A Song For Pearl” which begins with warm saxophone and continues to add layers of instruments to its breezy melody.

I get some Thundercat and Flying Lotus vibes from “Rooted.” It goes off on an intense trumpet trip that gets passed off the organ before the vocalists ground the sound. The organ solo on after the first verse might be my favorite on the entire album, although it’s hard to choose just one.

“A New Kind Of Love (pt. 2)” begins with some open strumming before slowing things with a groovy melody that gets funked up for the chorus.

Throughout the 12 tracks of “A New Kind Of Love,” Ghost Funk Orchestra displays the many talents of the 10-piece band. Although the studio can’t contain the energy that the group creates live, its latest album captures the greatness of its composition and vocal tones.