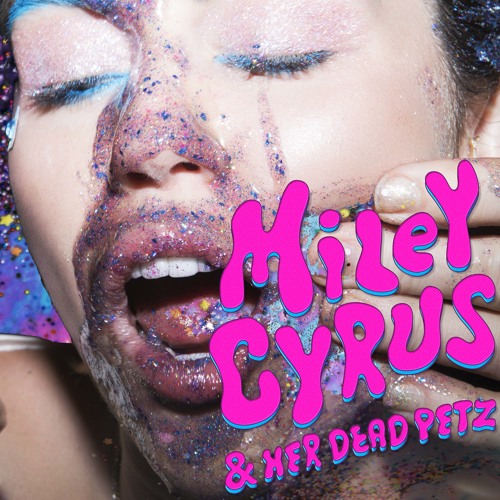 New Releases from John Mayall, Iron Maiden, Against Me! and Miley Cyrus

The English bluesman John Mayall surprised me with a new release this week. The founder of John Mayall and the Bluesbreakers released his 54th album, “Find a Way to Care,” Friday, Sept. 4. The guitarist and harmonica player is famous for his assembly of high caliber musicians to perform in his band, which at one point included Eric Clapton, plays with guitarist Rocky Athas, bassist Greg Rzab and drummer Jay Davenport on his latest release on Forty Below Records. See a trailer for the album here.
Purchase “Find a Way to Care” on Amazon and iTunes and listen on Spotify.

On Friday, Iron Maiden released its 16th studio album, “The Book Of Souls,” on BMG Records. The band recorded the double-album last year in Paris with longtime collaborator and producer Kevin “Caveman” Shirley. The band’s singer, Bruce Dickinson, was recently given the OK to return to the stage after undergoing chemotherapy treatment for stage 3 tongue cancer.

Purchase “The Book Of Souls” on iTunes, Amazon or listen on Spotify.

Against Me! has released 23-tracks of live recordings collected during last year’s world tour for “Transgender Dysphoria Blues.” On “23 Live Sex Acts,” the band included a few songs from each of its studio albums and captured its live energy and the spirit of band leader Laura Grace. I think live albums are supposed to make you want to go see that band in person and this album certainly does that.

Miley Cyrus debuted her new song “Dooo It!” during her gig as host of the MTV Video Music Awards last week and also released a new, free album, “Miley Cyrus & Her Dead Petz.” Featuring Wayne Coyne and the Flaming Lips, whom Cyrus recorded a cover of “Lucy In The Sky With Diamonds” with, this newest album is an even further departure from her early pop days. Now, she likes pot, peace and doesn’t give a fuck, according to “Doo It!” She says it with such determination. It’s almost refreshing to see someone unabashedly silly in what seems to be a culture shift toward overt politically correctness. Musicians 30 years ago didn’t have to worry about their actions immediately being posted on the Internet for millions to criticize. The impact of modern fame can inspire some artists, like Earl Sweatshirt to record “I Don’t Like Shit, I Don’t Go Outside.” Cyrus, it seems, now is overwhelming the Internet with her filterless, shirtless, self-exploration of art.