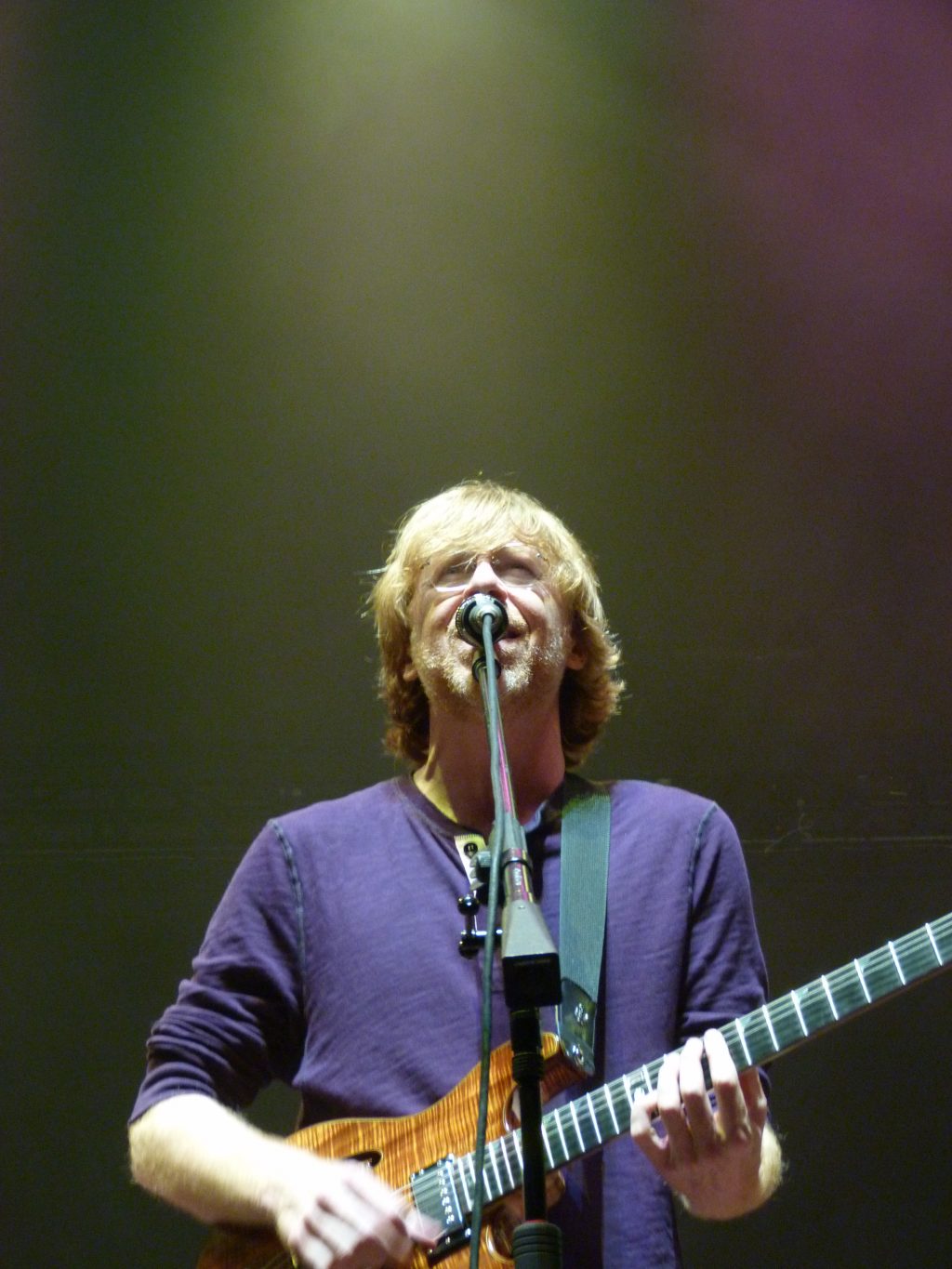 This week The High Note Blog is excited about new releases from band collaborators stepping out on their own. Martin Courtney of Real Estate released “Many Moons,” today Friday, Oct. 30 and Phish frontman Trey Anastasio released “Paper Wheels.” Our other featured picks of the week are “The Things We Do To Find People Who Feel Like Us” by Beach Slang and a new release from comedian and banjo picker Steve Martin and singer Edie Brickell “So Familiar.”

The New Jersey-based band Real Estate’s album “Atlas” was one of my favorites of 2014 and the band’s leader and songwriter Martin Courtney released his debut solo album “Many Moons” on Domino Records Friday, Oct. 30.

The golden sounds that Courtney creates with Julian Lynch and Matt Kallman and producer Jarvis Taveniere paint a sonic landscape of psychedelic rock. Fans of Real Estate as well as bands like Fleet Foxes, Dawes and Blitzen Trapper will enjoy Courtney’s introspective lyrics built on immersive melodies. From the instrumental title track to the orchestral “Vestiges” and the upbeat “Northern Highway,” we hear Courtney exploring personal themes. He leaves listeners satisfied but longing for more of the sweet sounds.

Purchase “Many Moons” on Domino Records, iTunes, Amazon or listen on Spotify.

Trey Anastasio has had an incredible year. He spent the beginning part of the year preparing to step in with one of his own favorite bands The Grateful Dead for its Fare Thee Well concerts and while the Trey Anastasio Band is currently on its Winter Tour, Anastasio’s 10th solo album was released Friday, Oct. 30.

There’s no question that Anastasio is reaching new heights with talents and on “Paper Wheels” he is putting to work all that he’s learned as a composer and musician to date. Standout tracks include “The Song,” “Liquid Time,” and “Paper Wheels.”

The Philadelphia-based band Beach Slang gave us a couple of samples last year – “Who Would Ever Want Anything So Broken?” on Dead Broke Records, and “Cheap Thrills on a Dead End Street” on Tiny Engines Records. The bands’ first full-length album “The Things We Do To Find People Who Feel Like Us” was released Friday, Oct. 30 on Polyvinyl Records after being recorded this past summer at The Gradwell House in Haddon Heights, New Jersey.

The 10 tracks are all credited to lead singer and guitarist James Alex and are bundle a lot of raw, punk rock energy into a modern package. Since we last heard them, they added another full-time member to the band – guitarist Ruben Gallego who joins Alex, Ed McNulty on bass and JP Flexner on drums. The youthful punk sound on tracks like “Bad Art & Weirdo Ideas,” “Young & Alive,” “Noisy Heaven,” and “Porno Love” are exhilarating. Listening to this album reminds me of the first time I heard The Gaslight Anthem. You can see Beach Slang with Taking Back Sunday and Modern Chemistry 7 p.m. Friday, Sept. 18 at the Starland Ballroom in Sayreville, New Jersey and with Tim Kasher and Field Mouse 7 p.m. Saturday, Dec. 19 at the First Unitarian Church, Philadelphia, Pennsylvania.

Purchase “The Things We Do To Find People Who Feel Like Us” on Bandcamp, iTunes, Amazon or listen on Spotify.

Steve Martin, the banjo-playing comedian and actor has been active on the bluegrass circuit with the Steep Canyon Rangers during the past few years. He has teamed up with Edie Brickell for their second collaborative album “So Familiar,” released Friday, Oct. 30 on Rounder Records. Last year when these two collaborated, they won the first ever Grammy Award for Best American Roots Song for “Loves Has Come For You.”

Roots, bluegrass and folk tones are all present and identifiable on this album. Brickell, who is known as frontwoman of the New Bohemians in the 1980s, has a full and beautiful voice that blends with Martin’s banjo. The two are joined by the Steep Canyon Rangers as well as banjo virtuoso Béla Fleck, bassist Leland Sklar, Cobra Starship’s Victoria Asher, Mike Einziger of Incubus and Emmy-award winning composer-arranger Geoff Zanelli.

Purchase “So Familiar” from the Steve Martin and Edie Brickell official store, iTunes, Amazon or listen on Spotify.