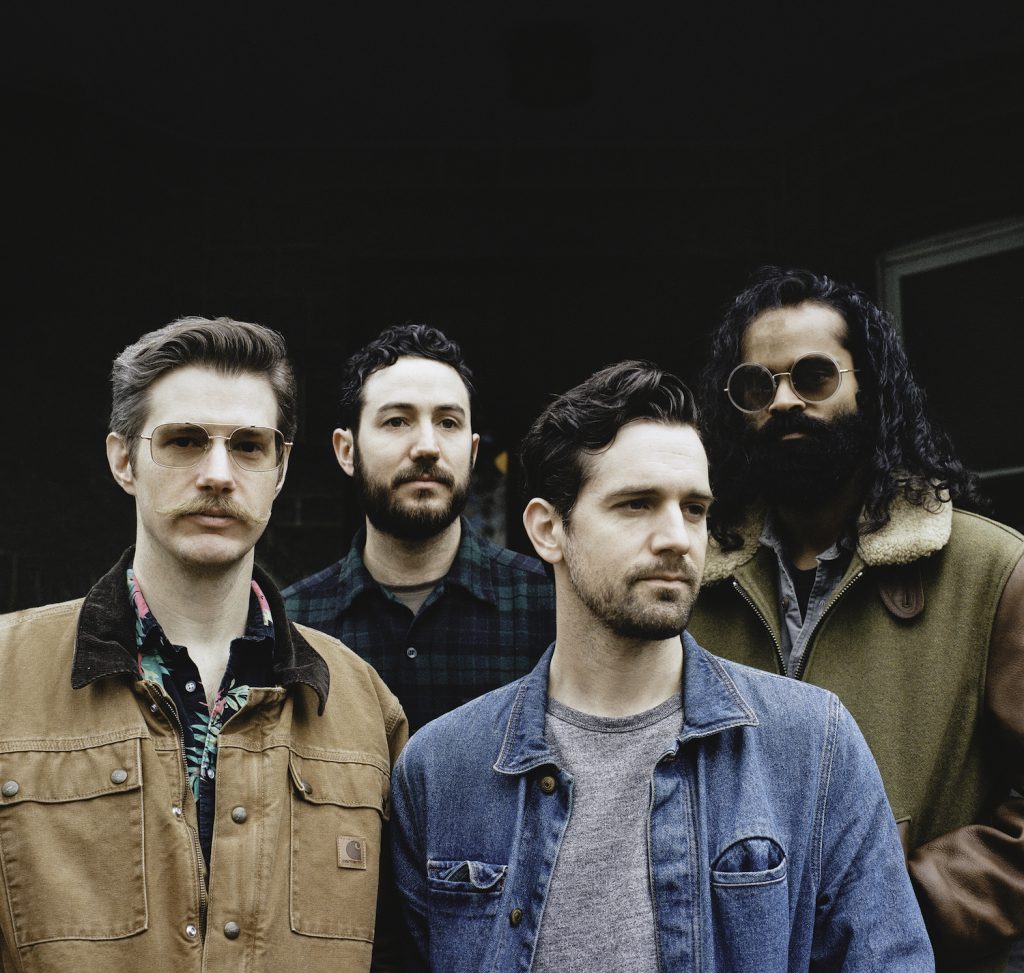 From the opening notes of “Woolgathering,” Darlingside takes listeners by the hand with harmonized vocals and leads them on a journey through flowing fields of folk.

The combination of those voices is one the defining characteristic of Darlingside’s delightful and appealing sound and it’s one of the most golden qualities of the band’s most recent album.

Throughout “Fish Pond Fish,” there is a feeling of unity with the environment from lyrics about the stars and oceans as well as the power of the band’s collective voice, which is typically delivered around one microphone. Which was how Darlingside was performing when I first saw the band at the Philadelphia Folk Festival. Bassist Dave Senft, guitarist and banjo player Don Mitchell, Auyon Mukharji on violin and mandolin and Harris Paseltiner on cello and guitar all harmonize together and layer their voices on one another to create mesmerizing sounds.

After forming in 2010 the band released two proper albums, “Birds Say” in 2015 and the incredibly impressive “Extralife” in 2018.

The band uses its staying power and patience to persevere on the 11 tracks on the band’s third album, “Fish Pond Fish,” released Oct. 9 on More Doug Records and Thirty Tigers.

The Massachusetts-based band began recording prior to the global coronavirus pandemic at Tarquin Studios in Bridgeport, Connecticut under the guiding presence of producer Peter Katis. However, travel and health restrictions forced the bandmates to remotely build upon that feeling of unity they created in the studio.

As “Woolgathering” blends into the first proper song, “Crystal Caving,” the energy of the album begins to gain traction. Bright, sunny themes are inherent in the ecosystem of Darlingside, from the upbeat strumming patterns to the stark, tonal percussion. As the instrumentation on the song builds up, it breaks down into an exciting mandolin-led bridge.

The gentle harmonies that open “Keep Coming Home” with delicately-delivered fingerpicking are what keeps me coming back to Darlingside. The song is deliberate in its progression and how it, and the songwriter, returns to the comforting feeling of home when things get out of control.

There is a sense of adventure that comes through on “Green + Evergreen,” as the notes on the keyboard ring out and blend with banjo and drums. It’s a yearning spirit that drives these tracks from the forest through the trees into the studio.

“Diving into shallow waves
Where the margins and the measures fade
The path is closed but a way remains
A way remains.”
-“Green + Evergreen,” Darlingside

In addition to the themes about nature and the stars, there is also a strong presence of time on the album, no more so than “Time Will Be.” The lyrics dive into the ageless wonder that is the forever constant in not only our lives, but every life, while Mitchell’s banjo dances gracefully along the surface. Equally great is the lyric on the album closer “Time is a figment on a fig tree road.”

Even on the album’s darker moments, which run like a shallow creek along with the songs, doesn’t overpower them, but almost acts as a necessary evil, the band is shining.

You can also hear Darlingside expand its percussion palette on “Mountain + Sea” which somehow channels tones of Beach Boys and Fleet Foxes while being uniquely enchanting.

The album ends almost on an opposite note to its beginning with the instrumentation of “A Light On In The Dark,” building in the background of the song, providing subtle context to the track that shows its complexity briefly, before fading out.

With “Fish Pond Fish” Darlingside has proven that as a band it can change like the scenery on an extended sojourn. The album serves as both an enticing escape into the countryside during an uncertain time in the world as well as a venture into an untamed, natural environment.