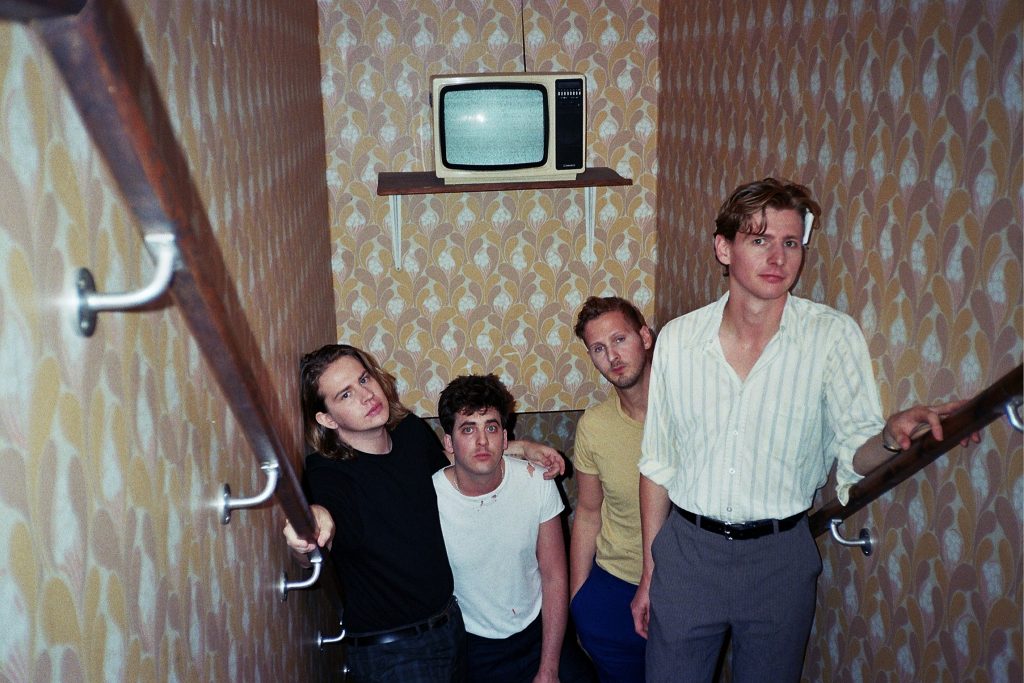 Lately, I have been thinking about paradoxes. Maybe going on nine weeks of Covid-19 stay-at-home orders has gotten to me. But I’ve had something of a Taoist expression rattling around in my head – “It’s only sad if there is a happy alternative.”

Usually, I’m thinking about this while I’m ruminating on some daily dose of depression and grasping and anything to pull me away from my anger. Maybe this pandemic is starting to get to me?

I noticed the same themes in “Sad Happy,” the latest album from Liverpool-based indie rock band Circa Waves. Released Friday, March 13 via Prolifica Records, the band’s fourth album is a double concept that blends the two parts into a type of yin yang with each emotion bleeding into the other. “Sad Happy” opens with the upbeat track “Jacqueline.” It has the feel of a fun song soaring with the spirit of summer approaching. However, the lyrics point to a story of a new mother struggling to cope with the pressures of parenting.

Circa Waves carries that energy into the gritty blues-rock track “Be Your Drug.” It has me feeling nostalgic for the supercharged rock bands of the 2000s like The Strokes and The White Stripes.

The British band captures the dreamy American idealism on “Move To San Francisco.” There is something romantic about making a big move or change which will bring different, better luck. The song captures all of the longing and depressing reality as well as name drops The Boss for bonus points.

Shudall slows it down for the glorious acoustic track “The Things We Knew Last Night.” It’s a beautiful boozy late-night track that captures a sort of reckoning that comes through stronger on the second half of the album on, “Wake Up Call.”

“You took the good times on the chin
Said ‘hold my drink I’m going in’
And ran into the open sea
Of boys and girls with broken dreams.”
-“The Things We Knew Last Night,” Circa Waves

The track “Call Your Name” may be one of the best on the album. It has the serious sounds of 90s west coast alternative rock, like Pop Unknown. It’s got a bit of self-reflection from the perspective of a cynical 22-year-old who is looking back on better days.

The band radiates a Smashing Pumpkins vibe with the orchestral strings that make “Love You More” sound angelic and serves a fitting close to the first half of the album.

Circa Waves picks up its pace again on the bridge between the two sides, “Sad Happy,” which serves as an appropriate melancholy pop bridge.

Where the mood shifts more is on the second track, “Wake Up Call.” This begins to separate the second side with deep synths replacing the guitars that provided the heavy vibes on this track. The band also plays with the inconsistent imagery like the like – “Self-deprecation, or is it love?”

While the sad side is supposed to be just that, but there is an emotional longing that creeps out of the speakers on “Hope There’s a Heaven.” This time, the band seems to pull from its own side of the pond and draw from 90s English pop to create a dreary mood.

Before closing out the album, just like right before the end of yoga, there is a resting point. The savasana of this album is “Train to Lime Street” which would serve well at the end of any practice.

The album closes with the completed idea of celebrating another year past on “Birthday Cake.” It runs through the idea of trying to create a legacy while having the feeling as though you are running out of time. The song asks more questions than it answers adding another layer of complexity to the project.

“Sad Happy” is a double album that relies on both ideas to support the whole concept. It just as in life, where it is rarely just sad or just happy, it is a combination of feelings and emotions that are constantly battling for control. All are necessary and complete the human experience. Such is life or as Kurt Vonnegut said, “So it goes.”

Favorite Tracks:
Jacqueline
Be Your Drug
Move to San Francisco
The Things We Knew Last Night
Call Your Name
Hope There’s A Heaven