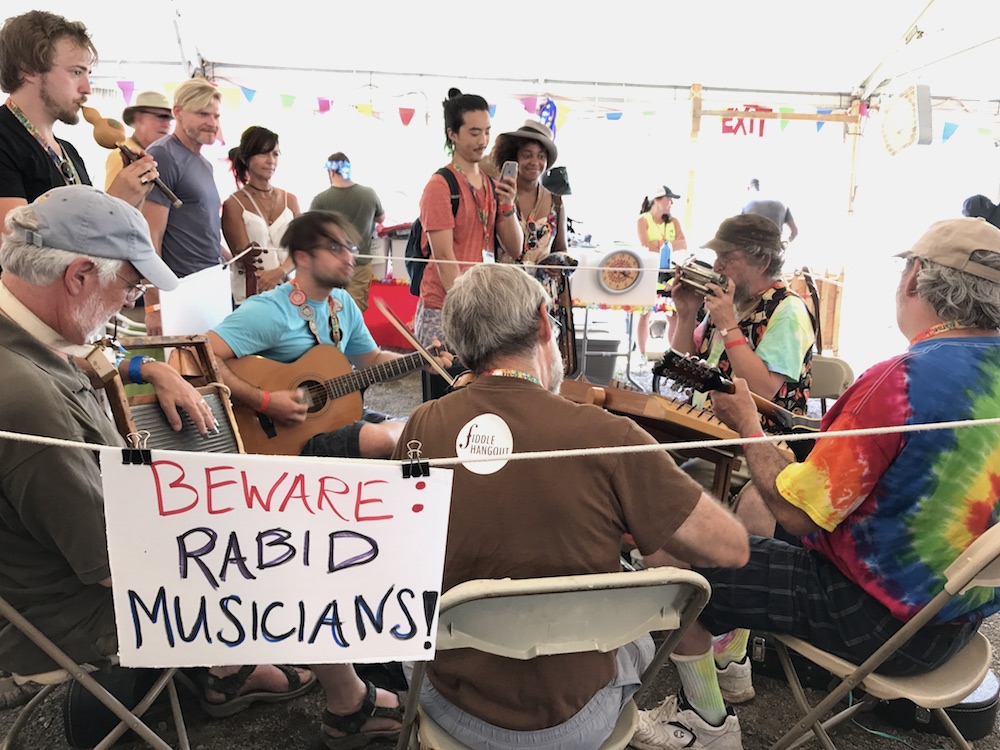 Going to the Philadelphia Folk Festival for my 10th year is starting to seem like a pilgrimage; the Old Pool Farm my sanctuary and “Happy fest” our hymn.

For most of the year, The Old Pool Farm really is a working farm. Fueled by thousands of volunteers and surprisingly good camp food, more than 80 acres blessed by providence in Upper Salford Township will be transformed into the 57th annual Philadelphia Folk Festival Aug. 16-19.

Thousands of music lovers will bring the farm alive for three days of music spread out amongst eight stages with musicians and attendees coming from across the world.

The music that will flow from the Front Porch Stage in the campground to the Martin Guitar Main Stage on the hill varies from traditional folk music, bluegrass, blues, as well as more modern sounding alternative-folk, Americana and folk-rock.

In addition to taking the Keychange Pledge, agreeing to achieve gender balance in their programming by 2020, the festival will feature a female headliner each night.

“I think this year‘s lineup reflects what PFS is seeing in the Philly Music Co-op that they’ve curated and have been funneling a lot of energy into the past few years,” said Meghan Cary of Philadelphia. “There are a lot of powerful women songwriters, storytellers, performers out there making great music and really connecting with audiences. It’s great to see PFF shining a light on them.”

Meghan Cary with Analog Gypsies will perform as part of the Philadelphia Music Co-op Showcase 3:45 p.m. Friday, Aug. 17 on the Lobby Stage.

Some of my festival favorites will be returning for the weekend including Tempest, Kuf Knotz, Tin Bird Choir, Jersey Corn Pickers, Tom Paxton and the David Bromberg Quintet.

The openness of the festival allows people to find their new favorite artist and also meet new friends. From security to the Skippack Lion’s Club, there are friendly and helpful faces ready to greet people with a “Happy fest.”

Each year I’ve left with finding a favorite artist, meeting a new crafter or sharing a beverage with some new buddies in the Yards beer tent. Cheers to you Hoppy Sloppy and Uncle Mike!

While the festival is known internationally, organizers carve out space for local musicians and this year 38 Philadelphia Music Co-op members have been to chosen to perform throughout the weekend.

“I believe our Co-op musicians represent what we seek in our music community: talent, open minds, a willingness to share and hard working professionals,” said Philadelphia Folksong Society Operations Manager, Desireé Haney, in a release. “As PFS Operations Manager and a musician that’s been in the Co-op for years, I’m excited and proud to place my Co-op members into performance slots at Fest.”

Some of those artists include April Mae and The June Bugs, Black Horse Motel, DK and the Joy Machine, Kicking Down Doors and Tin Bird Choir.

Some headliners that I haven’t mentioned yet include Patty Griffin, Riders in the Sky, Valerie June, Chris Smither, Eileen Ivers, Balsam Range, David Myles, Shovels and Rope, Trout Fishing in America and Jeff Daniels and the Ben Daniels Band.

Tickets to the festival are $195 for the entire weekend and $250 for all-festival including camping. The Friend of the Festival pass begins at $415 and daily and youth passes are also available.